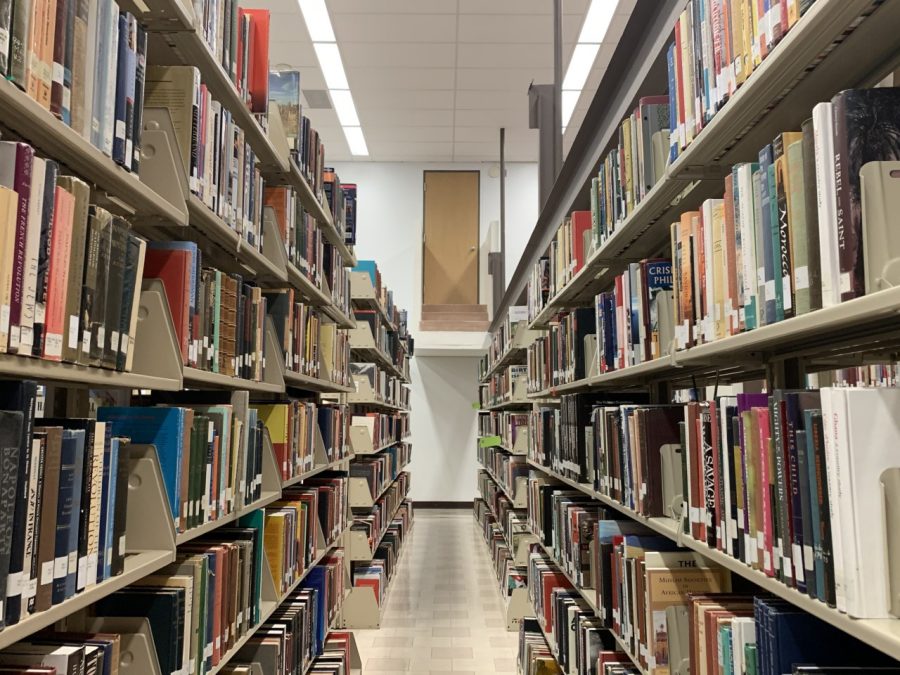 Unbeknownst to most students, there is a portal to another dimension within Dunn library.

This revelation comes from none other than professor Nick Proctor, a history professor here at Simpson College.

In all actuality, the mysterious floating door is simply a door that leads to the library’s archives.

“I cannot go into detail about the other dimension because it was mind-blowing and I can’t put it into words but it’s so exciting that something like this exists on campus,” Proctor said. “It was some otherworldly geometry. It is and it is not a portal in some sort of way.”

Proctor’s interest in odd places comes from his interest in historical hoaxes and how you tell a story that sounds believable, even though it’s nonsense.

“This was sort of in the era before fake news where this is now something people do all the time, they concoct stories that have a faint connection to reality, but in all actuality aren’t real,” Proctor said.

Proctor wrote his own faux story his senior year at Hendrix College in Arkansas. He wrote a story in which he claimed that there were ancient burial grounds on his campus, not knowing that lots of people would actually believe this.

“In my four years in my undergrad, I was determined to enter into every secret space on campus and that’s carried over to Simpson for me. So naturally, I investigated the door in the library. I don’t recommend this but I hoisted myself up there and figured out it was a portal to another dimension.”

The third floor was meant to be the mezzanine level, this is why there’s an M button on the elevator. It’s now where the library’s archives are held.

A mezzanine is an intermediate floor between the main floors of a building and acts as a balcony.

Dyer speculates that there was an entire third level of the library that was planned out which never really came to be.

“When the building was built, there was an assumption that there would be the third floor,” Dyer said. “I think they meant to put a grated floor and stacks on top of stacks of books. You can see where the walkways are.”

In a way, the door is a portal to another dimension as it leads you to the secrets and mysteries of Simpson College’s past within the archives.