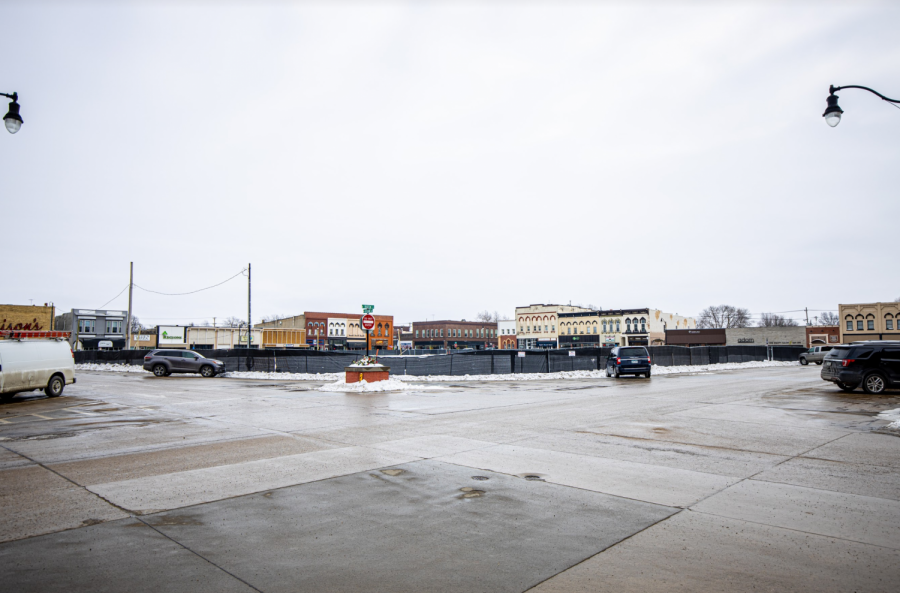 Warren county has yet to produce any action from the recent demolition of the Warren County Courthouse in the Indianola town square.

Many events have been held on the courthouse lawn for years and some community members are missing those family-friendly or night out events.

Pageturners Bookstore owner Kathy Magruder said she wishes there would be something in place of the courthouse to benefit the community, rather than an empty lot with a chain-link fence.

“I know there have been a lot of ideas floated and I don’t particularly care whether it’s the courthouse, a justice facility or it’s something else, as long as it is thought out and well-constructed and that the community will actually use,” Mugraders said.

Many community members wish action would be taken, but many businesses said it doesn’t affect their foot traffic.

“I wish they had put a park there with a Gazebo in the center so we could have more community activities and it’s nice to see the entire square,” said Pageturners employee and Simpson student Karisa Labertew.

By the time demolition had begun, the courthouse and the sheriff’s office had been moved out for at least a year.

Steel tariffs came into effect after the board had created their budget and sent out their bids causing the entire budget to be under what was needed to purchase that necessary structure implement.

The judge closed the courthouse down because of a mold issue and decided the court would not be able to convene within the vicinity.

The state inspector of jails revoked privileges of the jail after finding inadequate living conditions for those who were kept there.

A complete demolition was necessary due to the space available and the appearance of black mold. There were many issues with maintenance inside and outside the building.

Magruder was on the board in charge of the exterior of the courthouse. She said they spent a lot of time speaking to the architects and applauds their communication and hearing the community members’ voices in this situation.

This board consisted of members from the community and small businesses.

“We had tons of trees there and I don’t know. I was so sad because those pine trees, we’d decorate them every year for Christmas and those were like our Christmas trees and they tore them down,” Labertew said.

The Sheriff’s office has been moved to Highway 92 next to Dollar General. The jail facility relocated all inmates to Jasper county. The courthouse is now in the old Fusion Fitness building, also on Highway 92. All of the offices are in the city-county building on North Buxton Street.

The decisions are still not final on what will be in place of the courthouse, whether it be a park, a new courthouse, or a justice facility, to name a few. Until then you can find all the necessary courthouse facilities scattered throughout Indianola.