Simpson students pack in for Bingo 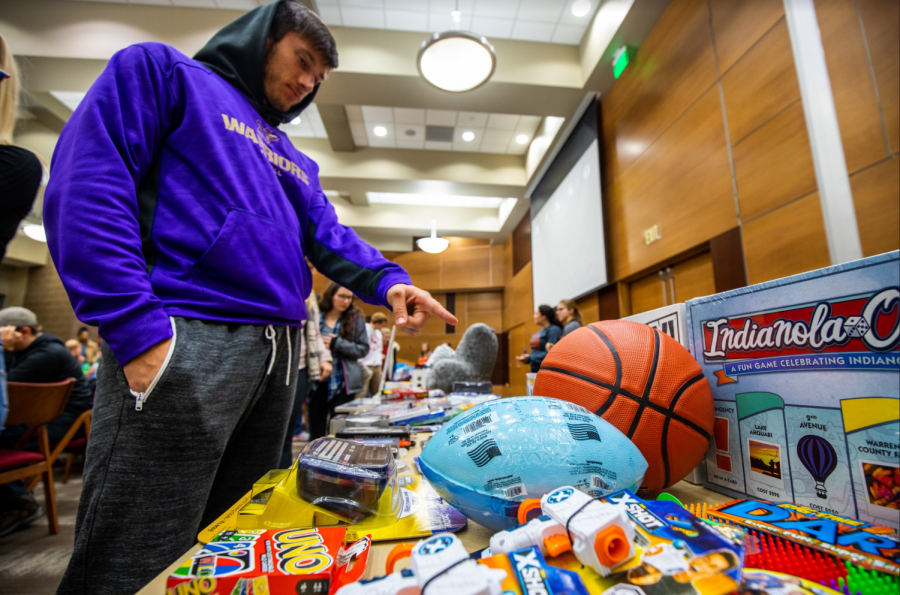 Students packed Hubbell Hall last Friday night to try their luck for a prize at bingo.

Once a month, the Campus Activities Board (CAB) puts on bingo night for Simpson College students. Bingo has been a long-time favorite for many years, and the students are always excited to show up for it.

CAB President Mackenzie Ritscher is very eager for bingo this semester as they are excited to try new things to improve attendance.

“I think people like the fact that we have so many prizes and so there are a lot of options,” Ritscher said. “People are so excited to win a prize no matter if it is towards the end. Even if it is something dumb they just like to show off on Snapchat.”

On Wednesday night of last week, CAB members went to Walmart to shop for a wide variety of prizes that would be up for grabs. The prizes ranged from everyday use items to food items and fun games and movies.

CAB also tries to purchase some prizes from the Simpson College bookstore, like clothing, as well as other Simpson gear. If a student wins a prize that is the wrong size from the bookstore, they will let the student trade it in for their size.

CAB declined to comment on the amount of money that was spent on the bingo event.

“The first three rounds were not very good. But in the round I won, I barely missed a number. I only missed like ten numbers. But I feel pretty good,” Thompson said.

When anyone attends any CAB event, they can scan the QR code provided at the event. It will lead students to a link where they type in their name and get rewarded one CAB point.

Recently, CAB has been trying to improve the events they put on. At last weeks bingo, they placed a QR code on every table so each person could earn a CAB point as well as take a short survey to share your opinion on the events and changes that could be done. Ninety-four people took the survey.