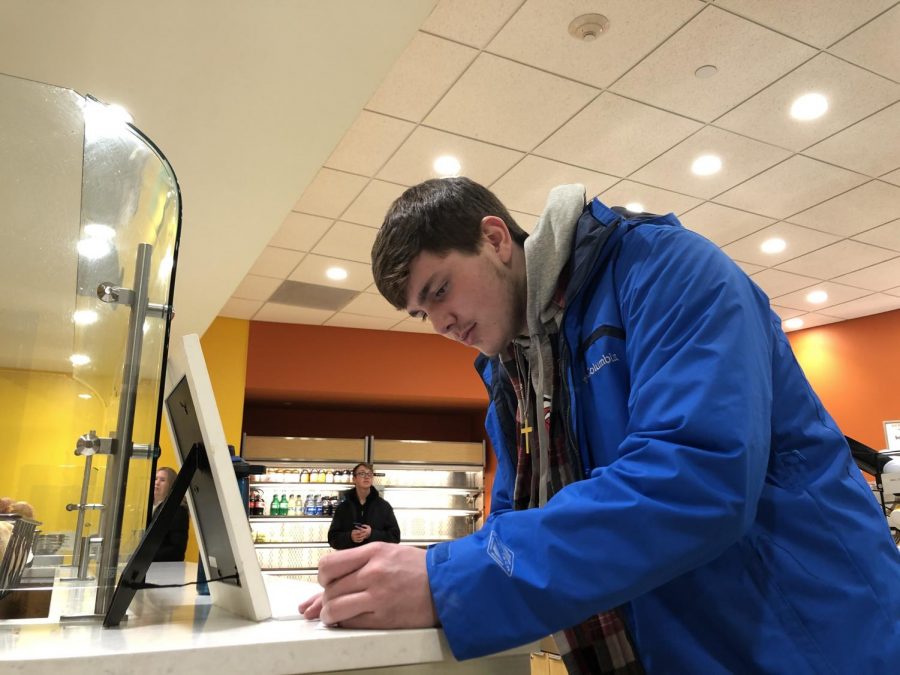 Sodexo may be making some changes to Simpson’s dining options. Au Bon Pain and Red Mango are being considered to be replaced by other similar options to improve Simpson dining.

ABP and Red Mango are hot-spots during the lunch hour. Many students depend on ABP for a healthier and fast option when they are in a rush between classes, meetings, and practices.

Sodexo has talked of revising its contract with ABP. The plans are still undecided, but being considered.

Senior and food committee member Kate Derrick says she likes eating clean and not having ABP or Pfeiffer dining hall would make things difficult for her and other athletes.

Study body president, and food committee member, Elliott Meyer said, “Food Committee is a committee that is open to all students. We were first notified that there were some talks about potentially revising the contract situation with ABP.”

There were many physical qualities and that was causing conflict with the dining situation on the campus itself. One is that ABP is not a college campus developed restaurant chain. Food service has noticed the difference and wondered what could fill the void.

Sandwiches, soups, salads, and wraps are very popular options for students. Those quick, easy and healthier options are hard to find anywhere else on campus, so those options would be considered in revising the menu as well.

Starbucks has a similar smoothie extension, like Red Mango, in its coffee shops as well. That could be an option to fill the space.

Some benefits for Sodexo in this situation would be better control and decision making within the company since they would be running the show themselves. Less conflict would be created and better immediate solutions by being able to make the decisions themselves.

This switch is not official, and they continue to discuss it with the food committee and other faculty and staff. ABP and Red Mango are not finalized, but up for an option according to Meyer.

“What a lot of people really like about Red Mango is the protein and the exercise kind of drink,” he said.

Many athletes tend to spend time at Red Mango with meal replacing smoothies. Red Mango also has frozen yogurt, and recently new trendy Acai bowls topped with berries, granola, and coconut. With protein as an option, it is a big fan of athletes or even those who don’t have time for a meal.

A recent topic that has been brought to the eyes of students was the conflict with having a physical ID to purchase food and drinks from any dining center on campus.

Without proof of a physical ID, anyone can use any student’s card and spend all of their boards freely. Checking proof of identification is something food service was supposed to be doing and will continue doing. Before long, this will be considered normal.

Other students are not so happy about this change. “Their whole board system and how you have to be identified and matched with your ID in order to just get food which is a natural need for the human body to survive? It doesn’t spell out great things for what Simpson has to offer,” Derrick said.

“If you want to do something on campus that you will see actual results of the decisions you want to make on campus, food committee is an organization to join. It is the best thing to join on campus hands down,” Meyer says.

The food committee meets on Wednesdays at 1:15 p.m. in Kent Campus Center and is open to all students. Email Luke Behaunek to be put on the mass email list and more details.