Batchelor takes on stereotypes in the weight room 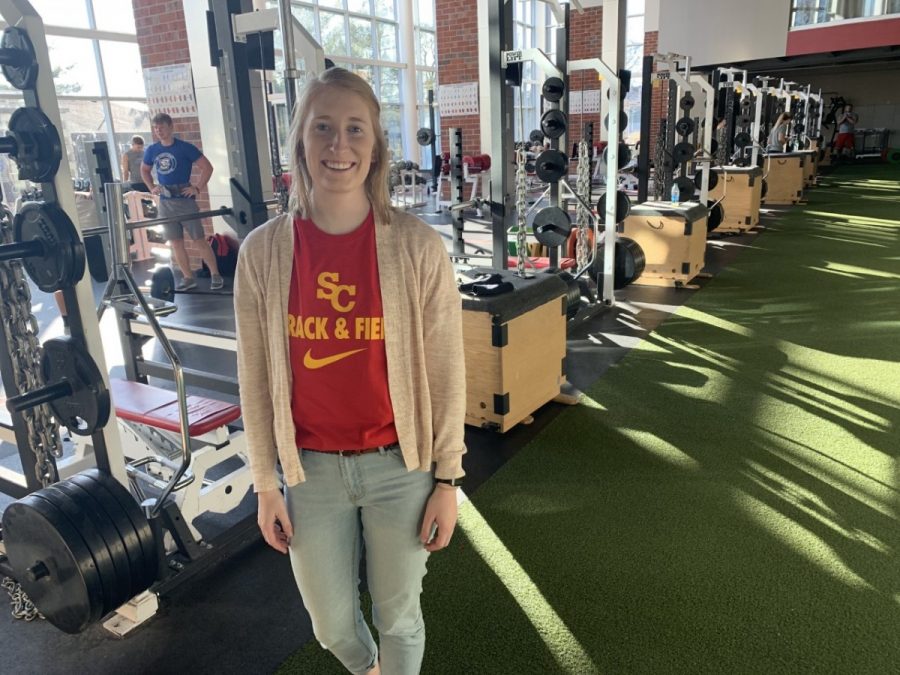 by Rachel Neumann, Special to the Simpsonian

A weight room is about struggle, perseverance and the will to overcome obstacles.

It’s where everyone becomes an athlete if only for a short while, to practice handling adversity.

That’s why it’s the perfect place for Kenadi Batchelor.

As assistant director of strength and conditioning at Simpson College, Batchelor designs and leads workouts for athletes. Fortunately, her personal strength is more than enough to fight an uphill battle.

“Being in a male-dominated field just makes me work 10 times harder because there is that female stigma that we don’t know what we’re doing and that we don’t belong,” Batchelor said.

While various Simpson sports have been coached by women, the school has never had a woman serve as a strength and conditioning trainer. Batchelor is also the first woman to lead workouts for some men’s teams, including football.

Simpson is ahead of the curve when it comes to diversity within its strength training staff.

A study through Waikato Institute of Technology reported among NCAA Division I schools, 98 to 100-percent of head strength and conditioning coaches were men.

Craig Konrardy, director of Simpson’s strength and conditioning, found himself searching for an assistant. To encourage the hiring of a minority candidate, the NCAA provided a grant. Of the 15-20 underrepresented minority applicants, Batchelor was the lone female.

“We narrowed it down to 5 candidates who we liked and ran blind interviews with people who would’ve worked with them,” Konrardy said. “We brought a few in and Kenadi impressed us best.”

Her experience with large groups, instead of one on one personal training, is what made her stand out from the rest of the applicants.

As a collegiate volleyball player, Batchelor learned to appreciate sports from a new perspective.

“I switched my majors a few times and ended with health promotion and wellness,” Batchelor said. “I found my love for this career from playing athletics and wanting to help athletes in a different way than their sport coach can.”

Her favorite part of the job comes from working with athletes year-round and seeing their successes on and off the field.

However, the position entails much more than just planning workouts and fixing form. It requires constant communication between her, Konrardy and the head coaches about their programs and how they must differ from athlete to athlete.

“We have to know what is occurring with every athlete and build those relationships so that they feel comfortable, yet vulnerable when they walk in,” Batchelor said.

One of Batchelor’s main goals is to inspire athletes to want to come into the gym and improve their craft, not make them feel like they have to.

With each athlete chasing their own personal goals, Batchelor will be there to help. After all, she knows plenty about beating the odds.