An open letter from a tired student of color 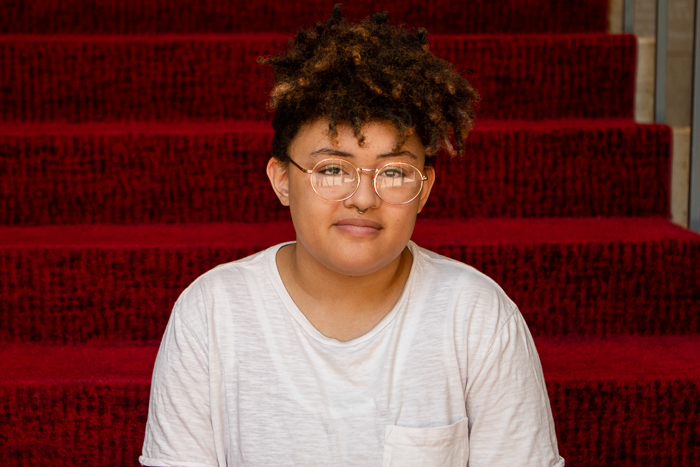 If your first thought when you read the headline was, “Really? This again?” then congratulations: you now have some idea as to what goes through my mind every time there is a racist (or homophobic, transphobic, sexist, classist or ableist) occurrence on campus.

If you’re still with me, then I think some disclaimers are in order. First, this is not a letter meant to talk specifically about professor Bolen, about Megan Frank or the SGA meeting where incidents involving the two were discussed. Those are contributing contexts, sure, but I want to talk about something broader. More on that in a bit.

The second disclaimer is addressing the obvious, I can only speak for myself and my experience. While my opinions are informed by my race, sexuality, gender and disability, and the experiences I’ve had in each context, they are not meant to speak on behalf of these communities. If I speak generally, please bear this in mind.

So, all that aside, let’s talk about the so-called racial divide on campus.

Here’s the thing, these divides aren’t as uncommon or surprising as people might make them out to be. They are the product of systemic oppression; they are the actualization of the “us vs. them” mentality, except there are those who continually benefit at the expense of oppression and marginalization, and then there are those who continually suffer at the hands of it.

Focusing specifically on race, there is so precious little some people understand about the fact that divides and walls like these don’t just appear anytime something bad happens, or otherwise completely at random. They’re the product of oppression and marginalization which in this case has a nearly immeasurable amount of historic and cultural context behind it, but they’re also the product of the resulting anger, fear and hurt.

I’ve encountered individuals on campus who feel myself and others aren’t giving people like professor Bolen or Megan Frank a chance to grow as human beings. Those who feel maybe I’ve been holding onto that anger, that fear, that hurt, for too long. The thing is, anyone who knows me knows where I stand on the concept of, say, cancel culture: I don’t agree with it. I think people are capable of learning from their mistakes and growing. We’re human.

And yet, if there’s anything this country has taught me, it’s that I’m a minority before I’m human. And as a result, I’ve never been afforded the luxury of “just making a mistake.” Anything I do is a reflection not just on myself, but on the intersecting identities and communities that are part of who I am.

This so-called divide on campus is only a glimpse of the greater chasm that separates us as humans. It’s a manmade structure, and there are no easy or immediate fixes. Apologies and diversity statements, which are rapidly filling my inbox these days, fall under that category.

Maybe the tone on campus, which I’m glad some are finally noticing, should be thought of not as a divide but as a wound. And the best way for any wound to heal is to give it time. There are often times trauma involved. Rushing it will only make the pain last longer and hurt more.