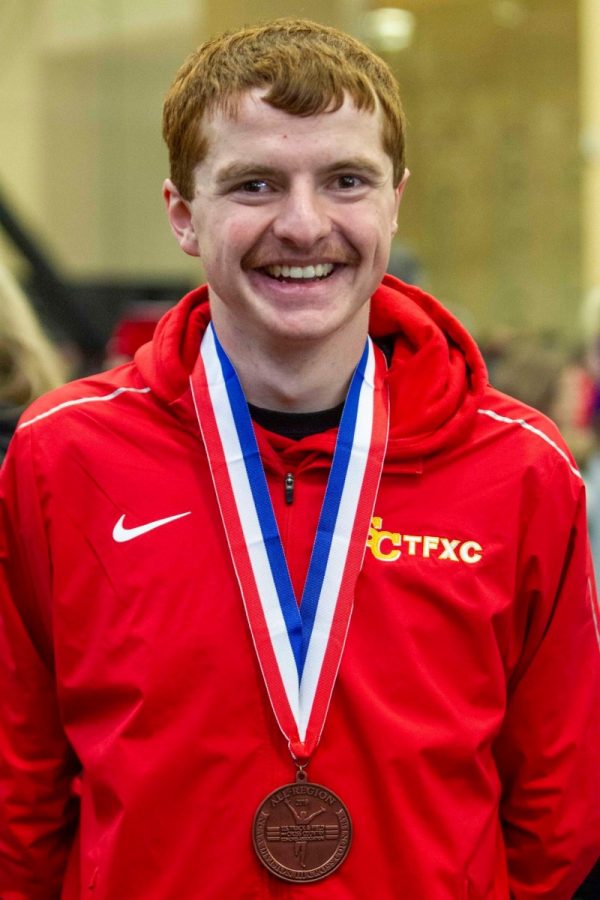 The Simpson men’s cross country team finished in the top ten in the NCAA central region for just the second time since 1996.

It was a breakout season for the Storm, who hopes to get even better next year. The Storm returns six of their top seven racers for next year.

Jonathon Facio, who finished his final race, second on the team and 48th overall, is the only athlete graduating from this year’s top squad. Facio ran the 8k in under 27 minutes, with a time of 26 minutes, 41.2 seconds.

Spencer Moon, Shane Breheny, Seth Nostrala, Noah Nelsen, Ryan Courtney and Eric Baldus will all return next season to the team who finished tenth in the region.

Spencer Moon, Simpson’s top performer this season, finished 30th with a time of 26:18.6 to collect the Storm’s first all-region honor since 1995.

Moon, a freshman, was very impressive to head coach Heath Moenck all season long. Moon had one of the best seasons for a freshman in a Simpson uniform in school history.

“Spencer had a terrific season from start to finish,” Moenck said. “You never know what kind of performance you’ll get from freshman as the season is much longer and different than the high school season. [It] was great to see him run so well at the regional meet and showcase how talented he is.”

Moon is one of three freshmen in the top seven. Joining Moon is Baldus and Nelsen, Baldus finished 72nd in the regional race and Nelsen rounded out the Storm runners in 80th overall.

The other three runners are all juniors who will be expected to lead the team next year. Breheny ran a sub-27 minute 8k and finished 59th, Nostrala was fourth on the team behind Breheny with a time of 27:06.8, and Courtney rounded out the upperclassmen in 73rd with a time of 27:13.3.

Moenck was excited about the progress he saw in the team this season and is ready to see how it translates to next year.

“I liked how consistent we were throughout the entire season,” Moenck said. “All seven of our men ran terrific at the regional meet, which is hard to do. They all did the little things to keep themselves healthy and were prepared mentally to run, perform at a high level.”

The team truly showed consistency throughout the entire season. In six meets, the Storm’s finishes ranged from first place out of eight teams, to eighth place out of 21 teams.

This season was a big jump from last year, thanks to all of the returning leadership. It appears the team will have a similar carry over into next season.

“Our team will carry over a lot of experience in championship races and talented individuals,” Moenck said. “Returning six of our top seven and a few other of our top runners who will be back from injury will be a terrific boost going into next fall. We’ll have excellent leadership as well.”