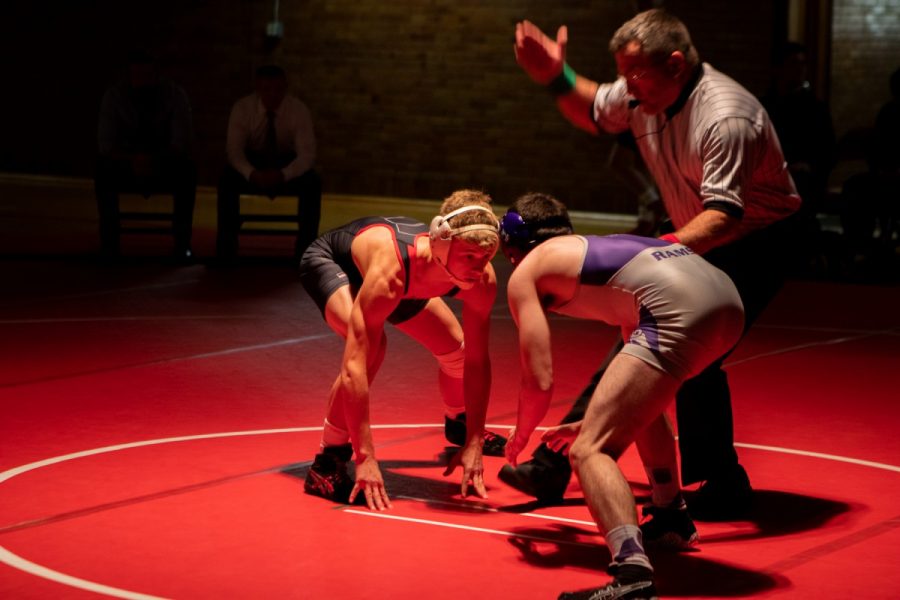 The Simpson wrestling team had a strong showing at the Luther College Open on Nov. 16, with two wrestlers placing in their weight class.

Luther College hosted the open with 20 teams in attendance. The teams ranged from NCAA Division I, to clubs and everything in between. This provided the storm with an excellent chance to see other teams and scout upcoming opponents for the rest of the season.

“As a freshman, it was a whole new experience,” said Dalton Cockman, a freshman. “Having to wrestle bigger and stronger guys is a world changer but overall the team did extremely well. They went out and gave it their all.”

Cockman placed seventh in the 165-pound weight class in the elite bracket, and freshman Jason Peta placed third at 125 in the silver bracket.

“I think we all worked pretty hard,” Peta said. “We all still have a lot to work on but we came out being aggressive knowing what we needed to get done.”

During his first season here, Peta has seen lots of positive changes happening in the team’s performance.

“I think we are definitely seeing a lot of improvements, and we are going to be a pretty good team by the end of the year,” Peta said.

The Storm will face tough upcoming competition, including nationally-ranked Wartburg this week. Tough competitors provide a chance for the team to up their game and keep preparing for the regionals in March.

“I’m excited for it. They are a pretty good team and are going to be tough, but if we come out mentally prepared, we will do well,” Peta said.

Cockman gave insight for how his day went at Luther.

“I went into my first match and lost. I had to pick my head back up and get back into the mindset,” Cockman said.

“I thought it went well. Certain guys really came out and had good performances, some placed and really did well,” said Dylan Peters, head coach for Simpson wrestling.

Coach Peters is seeing major improvements from the start of workouts, to now with the entire team.

“Our effort and attitude is improving every time out with guys hustling through positions and working for scores, so I’m happy about that,” Peters said. “There are a few things technically that we still need to work on, but guys are getting better.”

“Guys are picking others up and holding them accountable,” Peters said.

Peters may still be in his first 100 days at Simpson College, but he has already made an impact on the program. He attributes much of the team’s strength to support on and off the mat.

“We spend a lot of time together going to movies, hanging out at the upper classmens’ dorms, and go out to dinner together,” Cockman said.

Peta sees this success transferring to the classroom, where the team helps each other succeed academically as well.