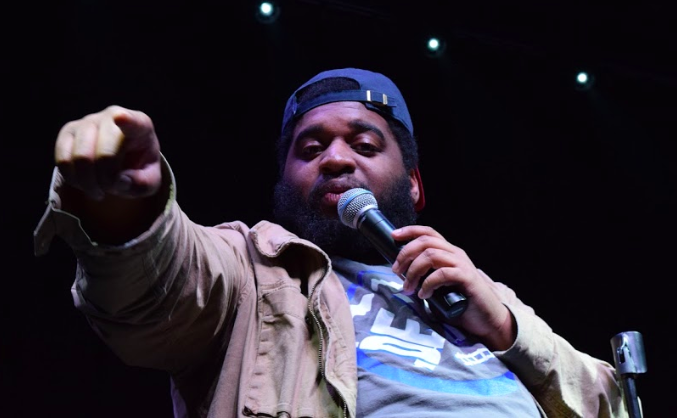 The Atlanta-based comedian poked fun at everything and everyone, ranging from Simpson’s mascots to the cold, snowy, Iowa weather. Starting the show off with a “comedy game,” Mandal chose random audience members and assigned them humorous nicknames as the rest of the crowd chanted along.

At several points throughout the show, Mandal questioned audience members about various aspects of college life. The comedian took great pleasure in learning about (and making fun of) students’ majors.

By bringing a mix of personal stories and life experiences into the show, Mandal managed to keep the laughs coming while keeping his comedy clean. There was hardly ever a slow moment throughout the night, and the comic closed by reading questions the audience had dropped into a bucket at the beginning of the night.

The show was incredibly interactive throughout, with many of Mandal’s jokes coming directly from audience responses and questions.

“I thought it was awesome,” said Elliott Meyer, a junior. “I saw him once at NACA when we scheduled some preliminary people, and I thought he was phenomenal. He was super good tonight too. I thought he was hilarious.”