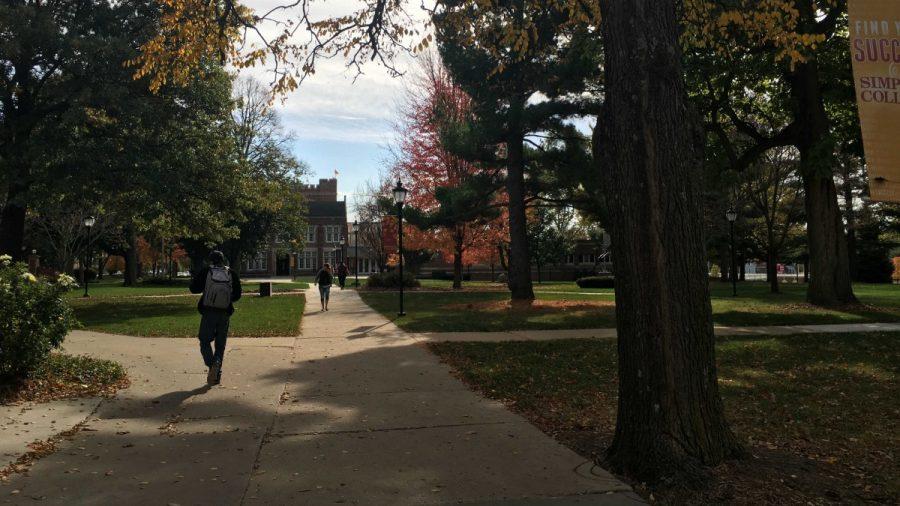 In response to a professor using the N-word in class on Wednesday, the Black Student Union and Student Government Association sent out a resolution to the student body on Friday morning.

The resolution letter outlined many points that were disappointing in the situation, and what they hope to see Simpson College do to resolve the issue and prevent it from happening in the future.

The statement comes after associate professor John Bolen used the N-word in his Philosophy-110 course on Wednesday to compare the word to that of the mascot for the Washington National Football League team.

In an indented bullet point, the letter mentioned the training should be led by someone outside of Simpson and be attended by the faculty members in person. SGA and BSU both hoped the training would include Simpson students of color talking about their experiences.

The second point the resolution letter hoped to see was that the Simpson College Administration develops a new policy for handling incidents of racism and bias.

In the third and final point, SGA and BSU want to see Bolen sanctioned. The two organizations highly recommended the sanction be his dismissal. If that could not be met, they hope he is suspended without pay. If that’s not possible, the last thing they hope for is a written agreement of a sincere apology to the student body and completion of bias training.

SGA tabled in Kent on Thursday to give students a chance to write on a wall their opinions on the matter.

“We collected student feedback at the wall in Kent and overwhelming students wanted to see at least some kind of action taken,” said Student Body President Jailyn Seabrooks. “We also looked into what has been done at other schools when this happens with professors. Lastly, we weighed the experience of students of color who are most affected by this and what they were asking us to do.”

President Jay Simmons responded to the resolution letter in an email to students on Friday afternoon. He spoke about how he was proud to see student leaders get involved and how the administration is already starting to seek opportunities in increasing the college’s cultural competency training above the programs already in place.

“While initial conversations regarding how issues of this matter are handled and prevented have already begun, two campus committees — the Committee on Academic Diversity and the Committee on Diversity, Equity and Inclusion will work with campus leaders to enact solutions,” Simmons wrote.

“I am suggesting that both committees include the matter of mandatory training for staff and faculty in their scheduled meetings before the end of the semester,” Simmons said.