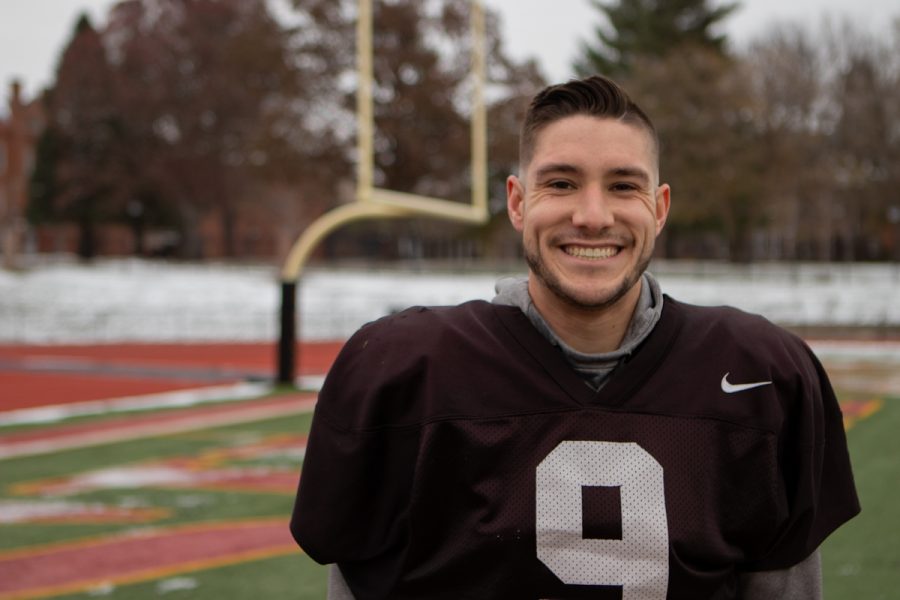 Holmes’ record-breaking performance earned him American Rivers Conference Defensive Player of the Week for week nine. This is his second time earning this honor this season.

The senior captain has started all but one game for Simpson since his freshman year.

Thirty-five career starts at safety wasn’t something Holmes expected when he arrived on campus. He came into the program as a wide receiver but was switched to safety shortly into his career.

“I played defense in high school, but it wasn’t my primary place,” Holmes said.

As confident as he was, he didn’t expect to have this amount of success before his freshman year.

“My freshman year, I just tried getting on the field,” Holmes said.“Then, as all of the pieces fell into place, I ended up starting as a freshman at safety.”

Holmes went on to start all ten games in his sophomore year, in which he finished second on the team in tackles with 89. To go along with his high numbers in tackles, he tied for second in the conference for interceptions with six. These stats boosted Holmes into first-team all-conference.

In his junior year, Holmes finished with 89 tackles yet again, which was good for second on the team. He finished tied for second in the A-R-C. All-conference first-team honors were given to Holmes for the second straight year.

Heading into his senior year, Holmes had heard rumblings about the possibility of him breaking a record.

“It had been brought up to me that I was close to the record, but it wasn’t my main line of focus,” Holmes said.

Now, nine games into his final season, Holmes is sitting at 83 tackles, which ranks him fourth in the A-R-C.

After Simpson’s loss to Loras, Holmes count is up to 358 with just one game left in his career.

However, this record doesn’t mean as much to Holmes as other things do. Football is just a part of what Holmes has made his legacy of at Simpson.

“My legacy here at Simpson is putting in the hard work on and off the field and just being a genuine person,” Holmes said.

On top of his legacy, Holmes wants to put the team in the best possible position for next season.

“I know that if I were a junior, I would hope that we finish the season off right, and as a senior, I want to make sure that these underclassmen get the right push into their next season,” Holmes said.