Simpson seniors talk being engaged as a student 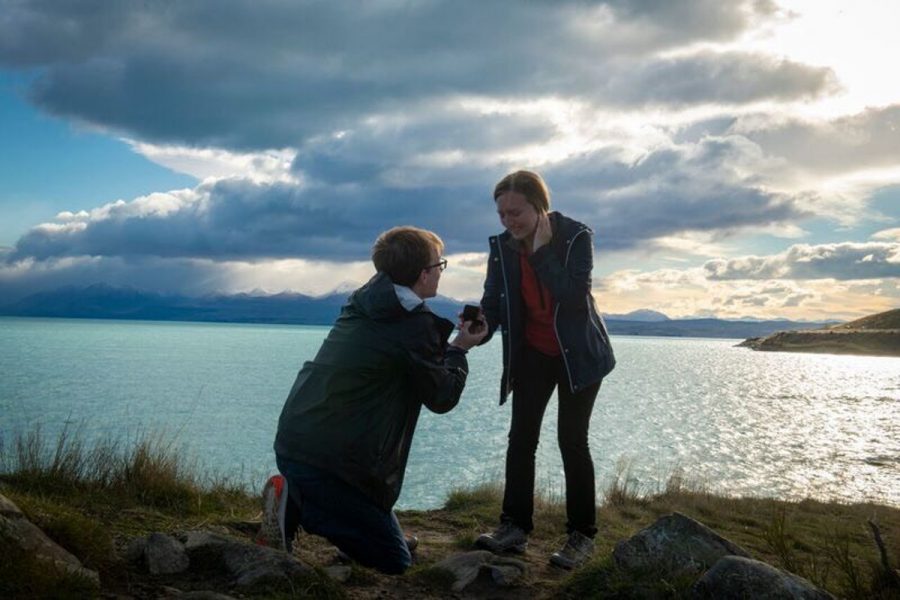 Being engaged while still in college is a unique experience, as more people are waiting longer and longer to get married.

Senior Erik Knouse and his fiancé got engaged on their New Zealand May term trip six months ago.

“We’ve been together for almost eight years now,” Knouse said. “[It was] just finding the right time to do it. We knew we wanted to wait until after college to get married, and so we went to New Zealand together. I thought that would be the coolest place to do it.”

“Being engaged, you get to have someone you’re prepared to spend the rest of your life with and get all that happiness in life, have someone to lean on,” Knouse said. “I mean, if you’re single you save a lot of money buying gifts and food. There are advantages; you get the freedom to be yourself. Not that I can’t be myself now, but I have to think about what’s best for me and her. Not just me.”

With wedding preparations added on top of schoolwork, Knouse said things have been more stressful recently. But, according to him, the two still make time for one another, despite being busy.

Senior Rachel Miller and her fiancé also got engaged to her fiancé in May, a few months after they started dating. According to Miller, they shared similar goals in life, like starting a family and career directions.

“I think wanting to be around that person for daily life makes a good partner and a good marriage,” Miller said. “I think a lot of people don’t find compatible partners because they don’t do just daily things together. You’ll be spending the rest of your life together, so doing daily things and spending every normal moment together, even if you don’t want to, is crucial.”

Miller also pointed out the level of communication that needs to happen between both herself and her fiancé, especially as she begins to transition out of student life and into the workforce.

“My whole life is centered around getting married and planning my future with my fiancé,” Miller said. “I just accepted a full-time position in Des Moines, and we had a lot of discussions about how that will be.”

Miller went on to emphasize the balance needed between planning a wedding and being a full-time student, which can be stressful.

“There are deadlines for both,” Miller said, “So it’s hard to prioritize sometimes, but most of the big things we took care of this summer. Now it’s mostly fun stuff like making our registry and creating our invitations.”