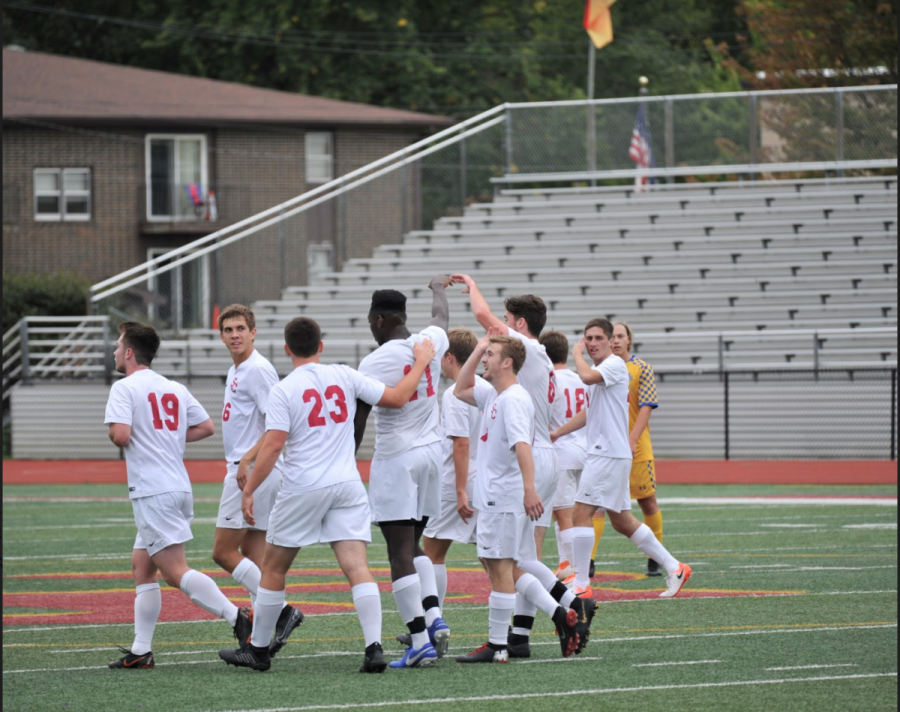 After a first round win in the American Rivers Conference tournament over Wartburg, the Simpson men’s soccer team dropped the semifinal game against Loras, 3-1.

After losing their last game to the Duhawks on Wednesday, the team went 16-4-2 in the 2019 campaign. This is improved from last season’s 11-6-2 record. The 16 wins in one season tie for the season win record.

The first round tournament win has allowed the team to reach the American Rivers Conference semifinals in four of the last five seasons.

The snowy field did not help the Storm, as they were able to get six shots on goal — compared to the 12 Loras had shot.

“We played a Loras team that knows their identity,” sophomore midfielder Baraka Ellie said. “They play direct and powerful soccer. Our scouting report was spot on, but lack of execution led to the deficit at half.”

Three goals in the first half for the No. 24 ranked Duhawks made it tough for the Storm to come back. Loras had seven more shots on the cold night which allowed them more opportunities to capitalize

“We came out in the second half with a lot more energy and managed to put one in ourselves, but ultimately fell short,” Ellie said.

The seniors have made their mark on the program achieving more wins than any other class in Simpson history.

Earlier in the year, when the teams matched up against each other, the Duhawks won the game 4-0.

The ARC tournament championship will be decided Saturday, Nov. 9 between Loras and Luther in Dubuque.