Women’s soccer season, one to remember 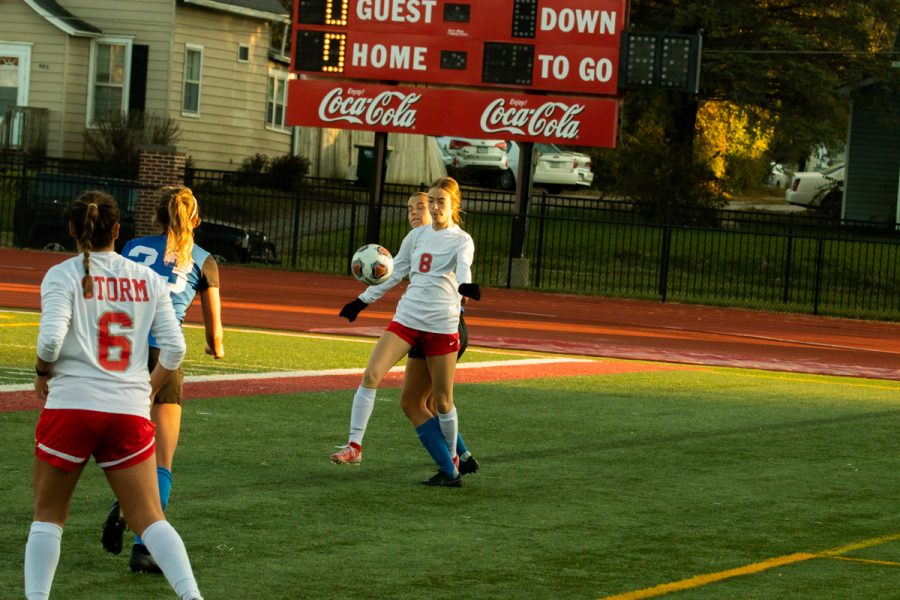 The 2019 Simpson women’s soccer season marked a turning point in the history of the program. Led by nine seniors, the Storm reached the American Rivers Conference tournament for the first time since 2013.

Simpson was eliminated from the tournament last Saturday after suffering a 1-0 loss to Luther College in the first round. The Storm beat Luther 2-0 in their regular season matchup.

Still, the much-improved squad finished with a record of 10-4-5 and posted 11 shutouts. In only his second season as head coach, Jeremy Reinert effectively turned the program around after going 4-12-0 last season.

“We’ve been talking about the same goal, reaching the tournament and possibly go further, for a year now and to have reached that goal and exceed all our expectations has been crazy,” Marquez said. “We definitely made a statement to our conference.”

Marquez also feels proud of her teammates for stepping up and grateful to the newcomers for contributing right away.

One impactful addition to the team came by way of sophomore goalie Rachel Neumann. Neumann led the conference in two statistical categories: save percentage and average goals against. She also earned Simpson Female Athlete of the Month honors for her outstanding performances throughout September.

In just his second year, Reinert was picked as the American Rivers Conference Coach of the Year for the 2019 season.

Next year’s team will look to keep moving in the right direction under the leadership of Reinert in his third season.