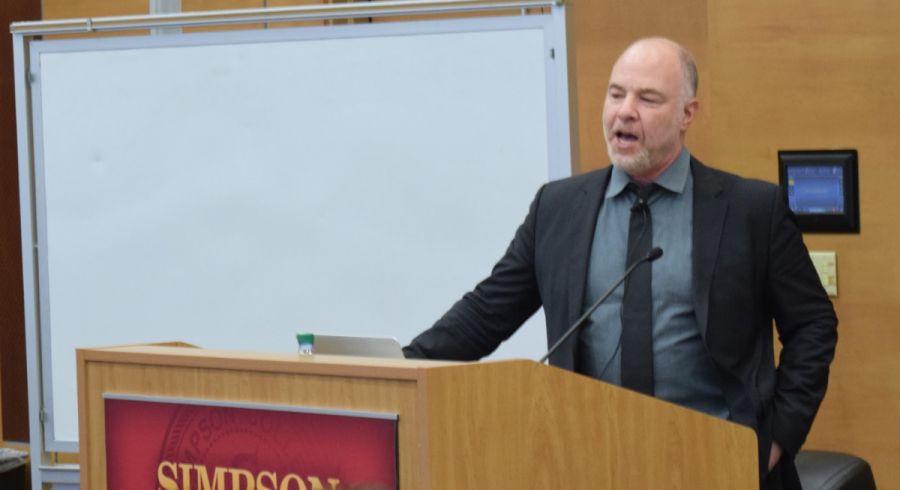 Jackson Katz discussed how he wants to change the conversation about gender violence and sexual harassment on Wednesday at the 32nd annual McBride Lecture.

Katz explained to a packed Hubbell Hall how gender violence is a men’s issue, though women have started the movement.

To include gender violence as a men’s issue, Katz wants to take the conversation from the passive voice and bring back the action.

One of Katz’s points was about how men who were introduced to abuse at a young age were more likely to also be an abuser at some point later in their life.

Katz asked why we do not talk about how we can help these men before it gets to this point.

Without the women who started the movement and conversation, there would not be the number of support structures available for victims and survivors today, Katz pointed out.

“None of the architecture of support that many of us today take for granted did not exist until women created it and pushed governments to funding and support in the 1970s,” Katz said.

Katz talked about the false generalization on how strides made to help women have in turn hurt men.

He disagreed with this generalization and said these strides also help men. He mentioned the resources that are aimed at helping men, as well as women. These support systems are not anti-men.

One thing Katz was able to implement while attending the Center for the Study of Sport and Society, was a training that can help to change the culture.

Katz explained how he wants to help lower the amount of men who feel as though they are not able to seek help and instead turn to violence.

Katz is a co-founder of Mentors in Violence Prevention (MVP) training, the first of its kind and one Simpson requires students to go through.

Katz’s first programs were with Division I athletes from Kentucky and Nebraska.

MVP is a program that brings people into the conversation about what can be done as a bystander to combat gender violence, sexual harassment and bullying.

When starting the MVP campaign, Katz wanted to find the best group to enact change and truly start a conversation.

“The question was not who needs the most help, but where are we going to find young men, especially on college campuses, that have the courage, strength and confidence to speak about these matters,” Katz said. “I am convinced to this day that there is an awful lot of men and young men that are not happy with the behavior of some of our peers. Though they do not speak up because they know there is a cost to speak up.”

By engaging young men and women in the conversation about how they can help to change the culture as a bystander, more people are realizing that sitting quietly is not an option anymore.