How did you choose your sports teams? 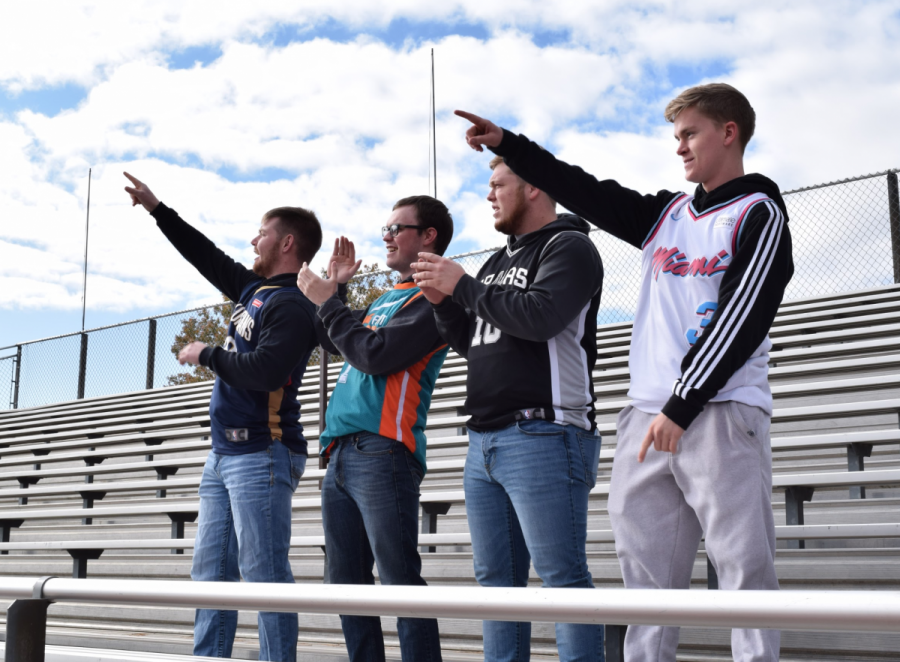 Iowa has never had a professional sports team, but unlike other states without a sports team, Iowa is surrounded by a number of pro teams.

Kansas City, St. Louis, Chicago, Milwaukee, Green Bay and Minneapolis are all within an eight hour drive of Simpson College. There are a lot of fans of teams from these cities around campus.

So how do people from Iowa choose their sports teams?

Reade Reiter, a junior, inherited one of his family’s teams. He chose the St. Louis Cardinals because of his family and the distance.

“I became a St. Louis Cardinals fan because my hometown, Keokuk, is only two-and-a-half hours from St. Louis so I grew up going to games,” said Reiter. “My entire family is Cardinals fans so it became a tradition to become one.”

Luke Becker, a freshman, is also a St. Louis Cardinals fan. However, Becker chose to be a Cardinals fan and wasn’t born into it.

“I was a Cubs fan because of Sammy Sosa,” Becker said. “Once Sosa left, I became a Cardinals fan because I loved Albert Pujols.”

Becker ended up becoming a St. Louis fanatic because of his Cardinals fandom. He also took on the Rams and Blues. Because St. Louis doesn’t have an NBA team, Becker started to follow the Boston Celtics because of Kevin Garnett.

Aaron Price, a freshman, is also a Cubs fan.

“My brother is a Cubs fan, so I decided to be a Cubs fan,” Price said.

For his NFL team, Price took the opposite route. Instead of supporting his brother’s team, he went against them.

“In 2006, the Bears and the Colts played in the Super Bowl and my older brother was a Colts fan so I decided to root against them,” Price said. “I’ve been a Bears fan ever since.”

Reiter also chose his NFL team based off the Super Bowl.

“In 2006, I decided I was going to support the Giants,” Reiter said. “They won the Super Bowl that year and I became a bigger fan and decided to be loyal to them.”

Caleb Vasconez, a freshman, chose a team that has never been in a Super Bowl: the Detroit Lions.

“My dad was a Jets fan and I didn’t want to copy him,” said Vasconez. “So I chose the Lions because I met one of my uncle’s friends who was from Detroit. He was a Lions fan so I followed him.”

Vasconez also chose his NBA team off of a player. Allen Iverson was a fan favorite across the country and had a huge fan base.

“Growing up, Allen Iverson was my favorite player and I liked the 76ers because of him,” said Vasconez. “Once he left the Sixers, I continued to like the team instead of the player.”