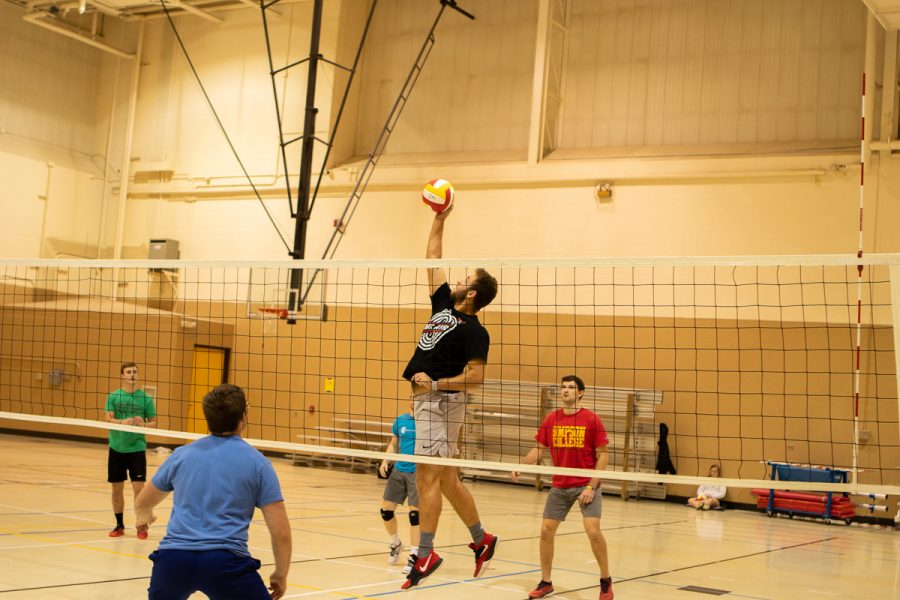 Storm Intramurals host a variety of events throughout the semester that any student can sign up and be a part of.

For the women’s two-person team, the winner was Natalie Stadler and Katrina Hartman.

“I enjoy spending time with friends and getting the opportunity to compete in a variety of sports,” Hartman said.

Christensen, a senior, has competed in six events so far this fall.

“I enjoy competing and being active physically,” Christensen said. “I also enjoy the camaraderie involved with playing with teammates.”

The winning team for coed soccer was named the Burrito Bandits who defeated the Cherry Pickers five to two.

Forester, a foreign exchange student from Ireland played in the coed soccer event and got MVP scoring three goals. His first goal was from the half-line.

“It was fun to play sports again, as this was the first opportunity to play since being in the United States,” Forester said. “I really enjoyed playing on the coed team.”

If you are looking to get involved, intramurals are great for people who enjoy sports and even if they do not.

Look out for the intramural events for the rest of the semester.