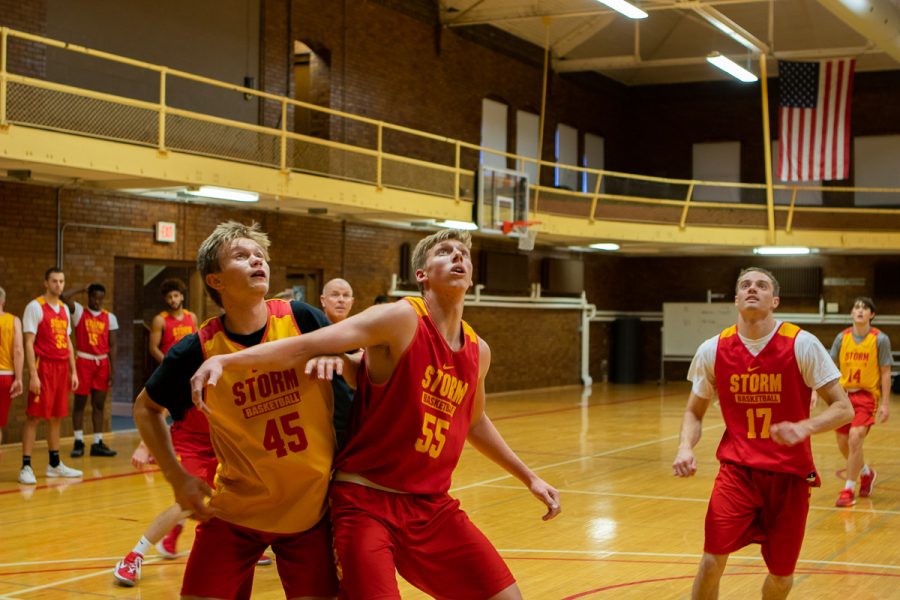 This honor comes from the coaches who recognize the Storm return their top three scorers from last season’s team. They finished fourth in the A-R-C last season.

Seniors Conor Riordan, Kyle Wagner, and Adam Reiter are all back after being named to the all-conference team last season. Riordan averaged 18.2 points per game, Wagner averaged 14.3 ppg while leading the A-R-C in 3-point percentage and Reiter rounded out the big three at 13.6 ppg.

“Our all-conference players are three very good players,” said Brad Bjorkgren, head coach of the Simpson program. “A point guard, a center, and one of the best shooters in the league is a good nucleus to build around.”

Bjorkgren acknowledges the seniors coming back and the excitement it brings to the program. At the same time, he is cautious of the preseason expectations and is preaching to his team that they are just expectations.

“I think our seniors have established a culture of understanding that predictions like that don’t win you any ball games, it’s what you get done in practice,” Bjorkgren said.

Through the first few practices, Bjorkgren is starting to find the men who will fill those roles.

There is no doubt this year’s Storm team is filled with upperclassmen. There are six seniors on the team and six juniors, but the amount of younger players is tremendous. There are a combined 16 underclassmen on the team.

Bjorkgen has two overarching goals for the upcoming season. One of which is to have the torch passed by the end of the season.

The leadership turnover next season will be huge, and that’s why it is a goal of his to have underclassmen learn from this year’s group of seniors.

“We want to win a championship,” Bjorkgren said. “That’s what we talked about when I took over this position and now I think it’s more of a realistic goal.”

The Storm’s journey to a championship starts Friday, Nov. 8 at Bethany Lutheran in Mankato, MN.