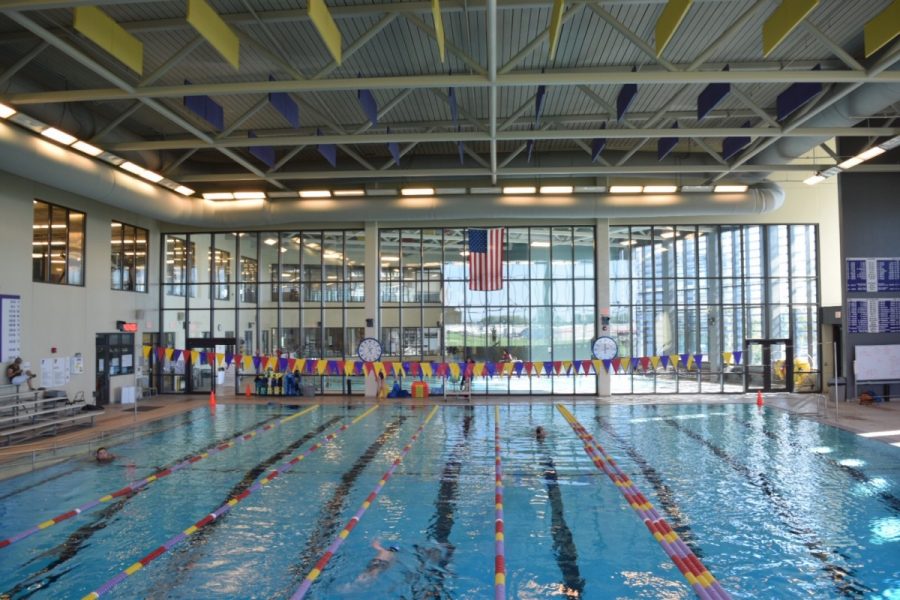 Simpson Storm swim and dive team is focused on building up the program despite overall team losses in the opening meet.

There are seven women and three men on the team.

“Overall, based on who we have out, we swam okay. There wasn’t a race in the meet where the people we had weren’t competitive. Nobody got blown out of the water,” head coach Tom Caccia said. “We may have been outdone in the score, but we were competitive, so I was happy with that.”

In the matchup against Morningside College this past weekend, the team was focused on seeing where they stand.

“It was more of a fact-finding mission than anything else. We wanted to find out where we were at with things,” Caccia said. “We were either at or a little bit in front of where we were a year ago with the kids that were out both years. There were also students who we had no idea where they were at with this being their first meet.”

In terms of competition, both teams had individuals placing in the top three places during several races.

For the women’s team Sarah Pendergast had a second place finish in the 200 freestyle. Junior Katie Cardoza and sophomore Alyssa Harris placed third in the 1000 freestyle and 200 individual medley respectively.

The next meet for the Storm is Nov. 2 at Nebraska Wesleyan. Caccia expects to see tough opponents in both Nebraska Wesleyan and Morningside. They are looking forward to staying competitive in individual races and improving their times, while not letting the team scores affect performance.

“We are taking the attitude this year that we are an amoeba. We are very small but we’re always together and we aren’t going to be separated,” Caccia said. “In my 41 years of coaching this is the smallest team I’ve ever coached.”

“This year is establishing our attitudes for the years to come. When we get to some invitationals we will be better than what we are because the scoring is different. At dual meets it’s going to be a tough year,” Caccia added.

Caccia is working to set a standard for Simpson swimming in years to come and knows encouraging his team to stick together through these obstacles is key.

“My philosophy has always been that we are going to build a team around good people not necessarily fast swimmers,” Caccia said.