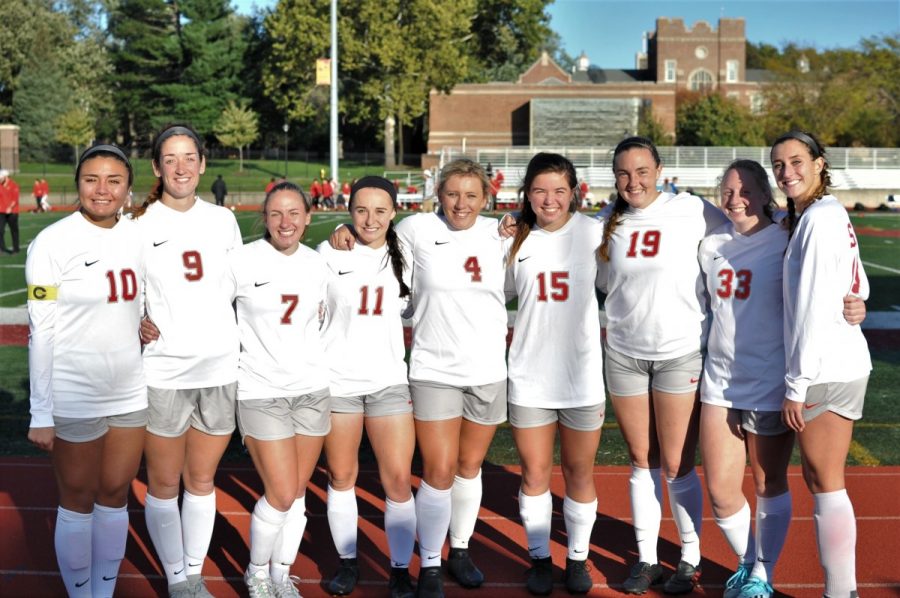 These seniors have been through a couple losing seasons throughout their time at Simpson. But they have changed the culture for the better.

“This group has an incredible amount of leaders. I would say there are nine leaders and they are a really passionate group in the fact that they wanted to change the culture here,” head coach Jeremy Reinert said.

“It is a great group of seniors and they are a model of what Simpson student-athletes should look like. We are going to miss them for sure next year,” Reinert said.

The team is currently leading the American Rivers Conference in save percentage being almost 89 percent.

Seniors like Dani Marquez have seen a lot of changes through her time on the team.

“Coach Reinert has brought in a positive light and changed us for the better instead of competing against each other, we were competing together,” Marquez said.

One of the goals of the team is to make the conference tournament. That means they have to be in the top six in the A-R-C.

The Storm are currently sitting at the sixth spot in the conference.

These seniors have given themselves a shot at achieving this goal going down the stretch of the season and Coach Reinert knows how important this culture change has been to the soccer program to get them in the spot they are now.

“The seniors wanted to be proud of who they are as women’s soccer players and carry a little bit of swagger around campus. They also want to have people understand how committed they are to the program,” Reinert said.