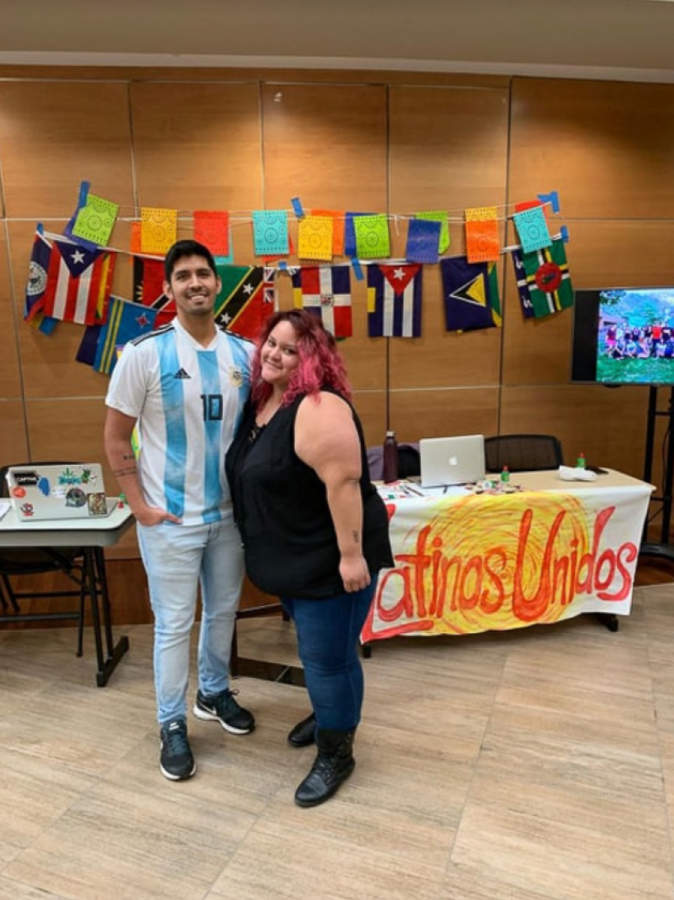 Simpson College Latinos Unidos has been at Simpson College for 10 years and has 52 members. There are several events this month in celebration of Hispanic Month, including the Latino Heritage Festival that happened in downtown Des Moines on Sept. 28.

Latinos Unidos had a booth at the event and they also had a table in Kent Campus Center promoting the club and Hispanic Month. Dia de los Muertos is on Oct. 30. To celebrate, the club will be showing the movie “Coco” in the Jordan Lecture Hall

“Hispanic Month Heritage month is basically to create awareness of the Latino community on campus. To show that not all Latino’s Cultures are the same,” Franco Caramelino, the vice president of Latinos Unidos, said.

The club also talks and celebrates their rights as a safe space for Latinos. However, this club is open to anyone.

“People join because they like to learn about Latino culture and some people like to practice their Spanish,” Caramelino said.

On Sept. 16, Latinos Unidos celebrated Mexican Independence Day on the patio outside Smith Chapel, with traditional music and food.

“The society offers Latino students a space to celebrate their home away from home,” Caramelino said.

One of the main aims of the society is to break down stereotypes.

“Indianola is a small town and doesn’t have a great understanding of the Latino Culture. The society offers the opportunity to break down stereotypes,” Caramelino said. “That’s why it’s open to everyone.”