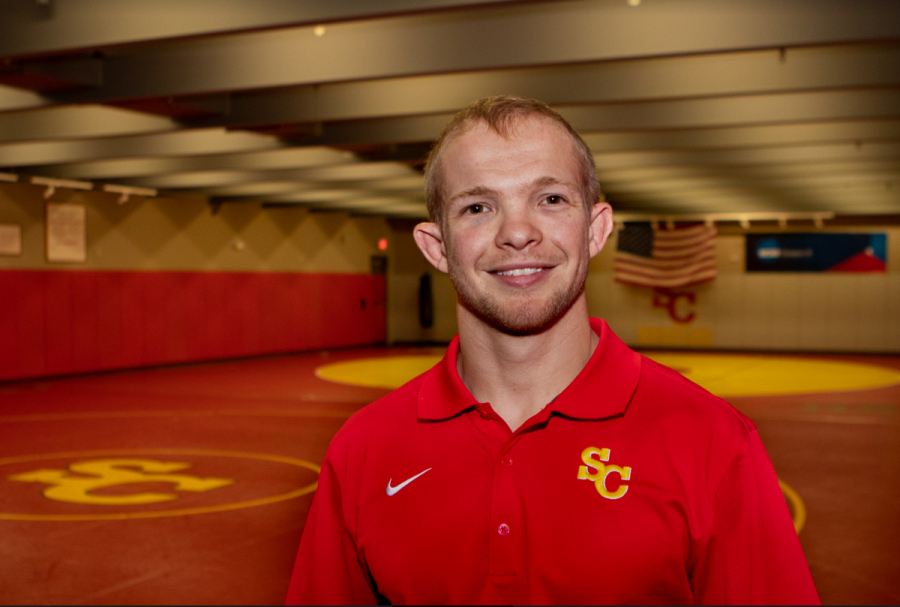 The Simpson wrestling program has a new mindset with bigger expectations according to new head coach Dylan Peters.

This is Peters first season as Simpson Head Wrestling Coach. He spent the last two years as an assistant coach at Central Michigan.

Peters used to be a wrestler at the University of Northern Iowa. As a Panther, Peters qualified for the NCAA Tournament four times and was a two-time All-American.

Peters took the experience from these colleges and is implementing them into his new Storm program.

“I learned a lot about toughness and grit. We did a lot of things that were challenging, both mentally and physically,” Peters said of his time at UNI. “There was more structure and more organization. A lot of things were typed up and planned.”

Peters said his time at Central Michigan will be beneficial.

“I was able to experience two very different programs, both of which were helpful to me. Being able to combine those elements, I feel like I’m going to be able to run a very successful program,” Peters said.

Coach Peters was drawn to a Division III program because he wanted to run his own team while also being able to spend time with his family.

Peters connected this to how he will try and get guys to come to Simpson and wrestle.

“It’s just getting guys to come and visit Simpson and see all of the great things we have to offer,” Peters said.

Peters acknowledges he is coming into a program which is in need of rebuilding and that’s why he is selling the campus and the facilities to recruits.

When a program is rebuilding, it means there is change. One change Peters want to make is the expectations.

“I think you have to hold guys to a higher standard everywhere,” Peters said.

Peters will be able to start this journey toward improvement when the Storm start official practice on Oct. 10.

Before practice starts, Peters’ mindset and expectations are always the same; Compete and win.

“I want to do well nationally. I’m going to be pushing these guys,” Peters said.

Peters’ ultimate goal is to have guys wrestling at the NCAA Tournament in March, and he believes the only way this can happen is with a change in mindsets.

The change in mindset and expectations will be witnessed by people outside the program for the first time on Nov. 7 against Cornell in Hopper Gym.