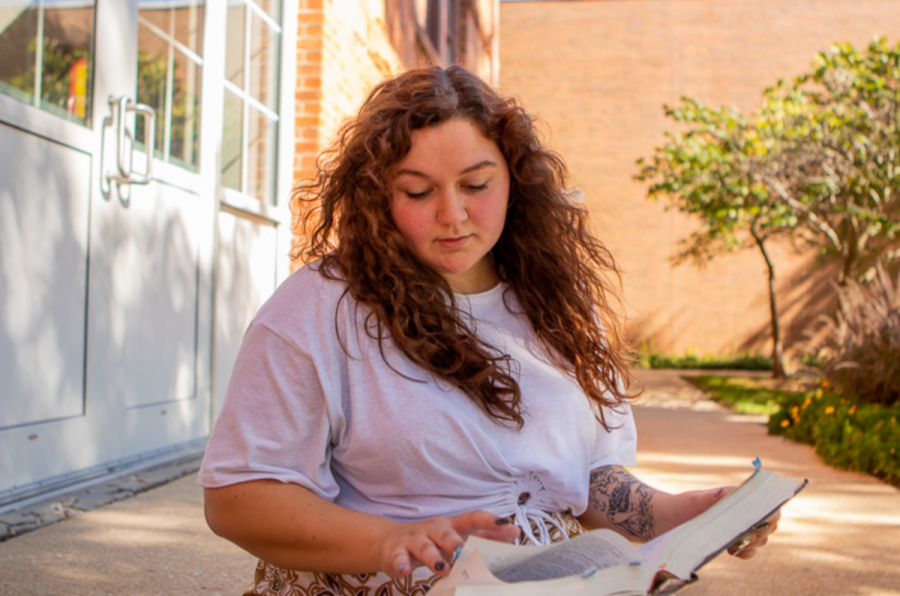 The nontraditional aspect of a student’s academic career is commonly affected by their age, or how long after high school they decided to attend college. However, there are other contributing factors.

For senior Misty Robinson, a self-described “nontraditional traditional student”, her educational path meant multiple transfers and moving, both across state lines and between physical and digital classrooms. All of this was to prepare for a son who, at the time, was on the way.

“I graduated high school a semester early and moved to Idaho for a little while,” Robinson said. “My boyfriend at the time was in Tennessee; he is now my husband. I moved down to Tennessee and got ready to move there to go to school. And then I found out I was pregnant, right after we got engaged.”

For Robinson, it was difficult moving back to Iowa, where she grew up and subsequently wants to raise her son.

“I was very lucky to have a family that was supportive,” Robinson said. “We moved back to Idaho, and I continued my education there while I was pregnant. He got a full time job, and for the first year of my son’s life we lived with my mom. I continued going to school.”

Robinson was initially enrolled in East Tennessee State University, but she and her husband moved to Idaho before she began classes there. According to Robinson, in Idaho she attended Boise State University for “a couple of semesters” before transferring to the College of Western Idaho.

“I had to talk to my professors at the College of Western Idaho, where I was attending, and explain to them we needed to move back to Iowa sooner than expected,” Robinson said. “I had to change all of my classes from in person to online for the rest of the semester and do it from a different state.”

From there, Robinson and her husband moved to Iowa, where she transferred to Des Moines Area Community College, or DMACC. After finishing at DMACC, Robinson began attending Simpson College, from which she will graduate in the spring.

“A lot of communication was required and being able to juggle all of this had to do with my professors, even here at Simpson,” she said. “The professors are very flexible, because I’m honest with them about my situation. I can easily do this. I know I can because of the support that I have from family, friends and faculty.”

For students in a similar situation, Robinson recommends counseling.

“To talk to someone helps, not necessarily to get their opinion, but to verbalize what they themselves are thinking and what will be best for them,” Robinson said. “It’s about what their long-term goals are, and what do they want for their child?”

Robinson made these difficult choices for her son.

“That’s something I had to think about: ‘What do I want for my son? Do I want him to accept that if something gets difficult you just throw your hands up? Or, do I show him that, despite the situation, I did what I said I was going to do.’ And I get that not everyone can do that. But for me, I wanted a better life for my son. I had the support to do so, and so I did.”