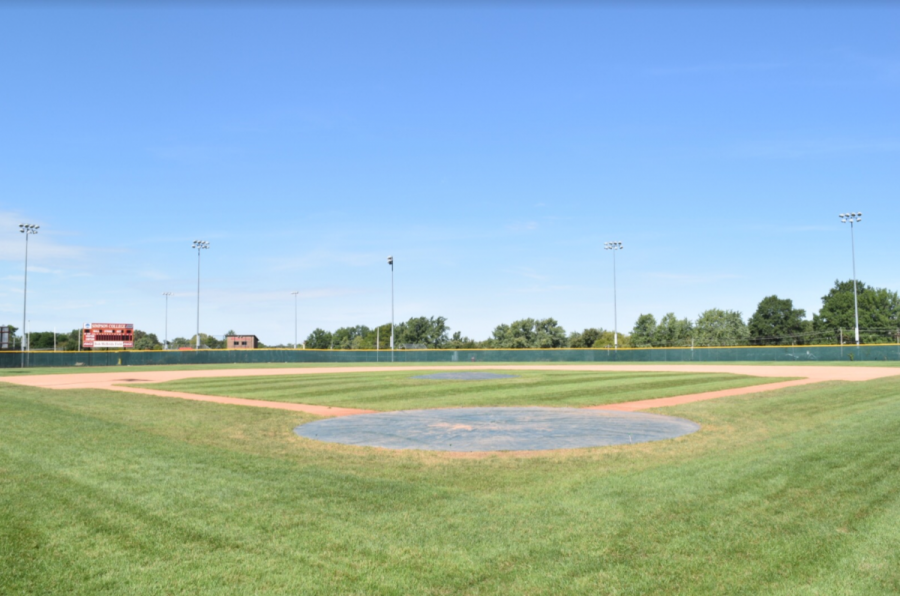 The coaching staff was taken aback by the message—not with anger, but confusion. Not knowing what “Frog Baseball” referred to, they ran a google search and learned it could be a reference to the adult animated sitcom “Beavis and Butt-Head.”

“There’s a chance that that’s all it is, is a reference to that [show],” Roling said.

Roling consulted campus security and ultimately decided not to report the matter to police.

“My stance really is just that it was an isolated instance,” Roling said, “Probably a couple young kids that happened to be going by on the [bike] path. We were just an unintended byproduct.”

Campus security followed their standard procedure for dealing with cases of vandalism. Both the baseball staff and security department felt the words did not qualify as hate speech—therefore the focus was more on the damage done to the property, not sorting out the effects of the message. Campus services has since repainted the dugout.

This event comes on the heels of multiple thefts in the athletic locker rooms for which the Indianola Police department was brought in to investigate. In both cases, there were no security cameras capable of identifying suspects.

According to director of security Chris Frerichs, a plan is in place to bring more cameras to campus.

“I’m working very closely with the dean of students Luke [Behaunek] and also the student government has now shown an interest,” Frerichs said, “I believe it’s going to be our goal to add cameras every year.”

The security department will place cameras strategically—specifically around the athletic complexes, the Clinton apartments and parking lots—while considering the privacy of students.

“We’re not trying to invade privacy, because currently we do not try to show any areas that would be considered private like coming out of a room or something,” Frerichs said, “It’s exteriors and hallways.”

This past summer, 13 security cameras were installed outside Barker, Kresge and Buxton residential halls.

As for the damage done to the McBride Field dugout, the coaching staff isn’t alone in their confusion. All-Conference utility and Simpson sophomore Brady Held has unanswered questions.

“I just want to know who ‘Frog Baseball’ is and why they would even do that,” Held said.

For now, the team will have to let it go and look ahead to the 2020 season.