Speech and debate gears up for big year 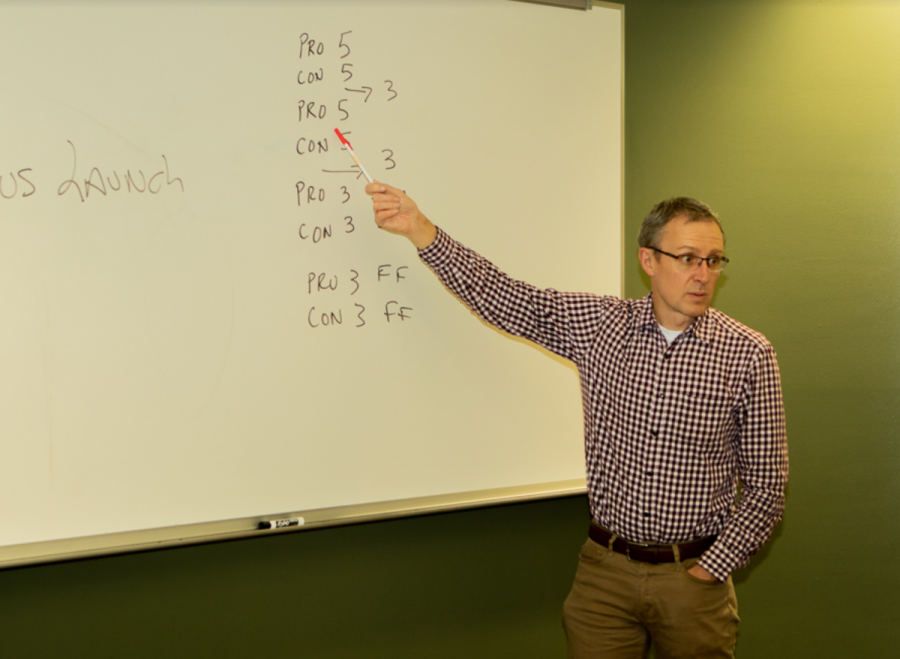 Simpson College’s speech and debate team is off to a strong start in preparing for the upcoming season.

The team’s first big tournament will be held the weekend of Oct. 4  at the University of Central Missouri in Warrensburg, MO.

In the meantime, the team has been hard at work practicing and preparing.

“We started practices at the end of August, and we have practice three times each week, plus individual coaching times during the weekday with our coaching staff,” said coach Spencer Waugh.

In addition to frequent practices, the debate team hosted a tournament last weekend at Indianola High School to help high schoolers gain additional debate experience. Approximately 150 students from across the state competed Friday and Saturday with an additional 50 attending a workshop on Saturday.

Triniti Krauss, a member of the Simpson speech and debate team, has been hard at work helping to prepare for last weekend’s event by working for Valley West High School’s very own debate team. To her, this event gave students and the college an opportunity for growth.

A variety of different events were offered last weekend for the high schoolers.

“We offered a couple of different styles of debate, some easier and some harder,” Krauss said. “We also offered IEs which are individual event monologues where you speak for ten minutes on what you’re passionate about.”

An additional workshop was held Saturday for new students to debate. An additional 50 students, teachers and coaches attended.

In terms of the team’s upcoming competition, team members are starting to get excited.

“Not everyone is going but it’s the best number of people that we’ve had in a while,” Evan Sand, a member of the team, said. “I’m very excited about the tournament.”