Catching up with Simpson golf 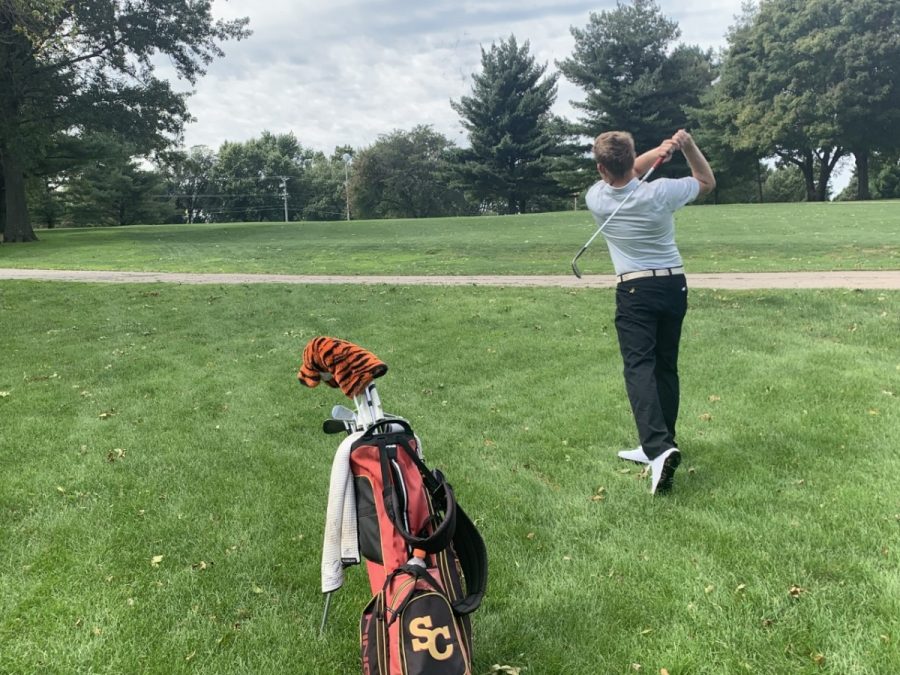 Golf season is in full swing at Simpson College. Both the men’s and women’s teams participated in the Simpson Invitational on Wednesday at the Indianola Country Club.

The women’s team is in their fall season and are starting to find their groove. They placed first out of eight teams at the Simpson Invitational.

“They are peaking at the right moment,” head coach Larry Shoop said.

A lot of the success can be credited to the leadership from the upperclassmen on the team. Haley Booton, Hannah Gordon, Madison Hance, and Kelsey Poppe are all seniors and have a lot of experience under their belt.

“It is somewhat of a coaches dream to have great leadership from four top performers.  At this point in their careers, they are self-motivated and have established goals of performance,” Shoop said.

Shoop expects a lot out of this group and he will get to see if they progress further throughout the remainder of the fall season. Their next stop is in Ames for the American Rivers Conference Tournament starting on Oct. 4.

The men’s team has competed in a few tournaments as well.

The team finished 35th out of 36 teams in the Midwest Region Classic and then placed last in the Norm Ryerson Invite.

It’s been a rough start from a results standpoint this fall, but it’s still early in the year.

Much like the season, the team is also very young. The Storm added two freshmen students  to the squad, Hogan Rockhold and Derek Maxfield.

Rockhold talked about getting valuable experience early in his collegiate career.

“Being a freshman, it’s good getting back into competition during the fall. This way I am ready for our primary season in the spring,” Rockhold said. “Also playing some difficult courses around different states.”

Even if the desired results aren’t there yet, playing in the fall is a chance for these players to improve their game before spring.

“My goals for the rest of the fall is to just get back into competition shape,” Rockhold said. “Put myself in positions where I am shooting low rounds, and learning what my tendencies are under pressure. As for the spring, is to start to see my numbers get to where I am competing week in and week out for top placements in each tournament,”

The team has two more tournaments this fall. Ronnie Eastman on Sept. 30 and the SCC & WPU Invite the following weekend.