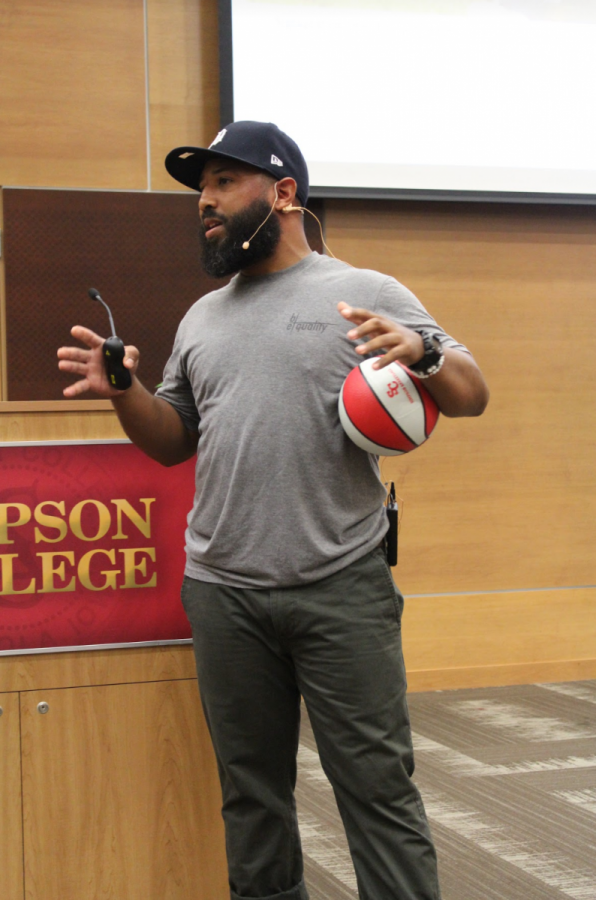 Simpson has implemented a week of activities promoting the rights under the First Amendment. A vast majority of Americans can’t name the first five freedoms.

Simpson wants students to be aware of their rights, especially on a college campus. The goal of First Amendment week to spread awareness.

Julian Seay, the coach of Kingdom Hoops, a girls basketball program in Des Moines, came to speak on athletes and activism on Monday, Sept. 16. The lecture was called “Shut Up & Play.”

Simpson also has a free speech wall every year on Constitution Day. Students are free to write anything on the wall from political beliefs, to funny jokes. The point is for students to exercise their five freedoms and express their opinion. The wall was put up Tuesday, Sept. 17.

The wall shows students no matter who they are or what they believe, their beliefs are valued at Simpson.

On Constitution Day, Simpson also welcomed Gene Policinski of the Freedom Forum in Hubbell Hall. Policinski spoke of the First Amendment, and the importance of students exercising their rights.

There is no First Amendment without the freedom of religion. Simpson College is affiliated with the United Methodist Church, but not all students practice Christianity.

Thursday, Sept. 19, students will break down the free speech wall to discuss and reflect on what was written on the wall and what it means to them. That starts at 7 p.m. in Hubbell Hall.

Simpson College debaters will debate about the use of hate speech on Friday, Sept. 20 then discuss with other students about what they learned in the open forum.

Lastly, once a month Simpson’s Performing Arts House puts on a showcase called “The Underground.”

At the Underground, students can sing, act, recite poetry and let their creative expressions flow.