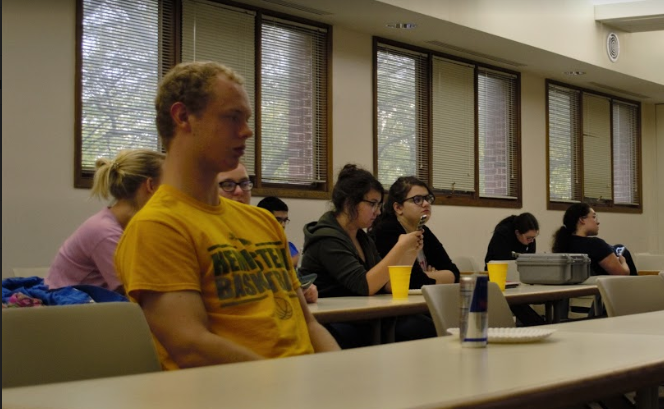 As students ready themselves for voting next fall, some will begin to decide who they will vote for based on policies and candidates’ opinions on controversial topics that are usually discussed in debates.

Gun violence, immigration, racial divide, and climate change are a few of the main topics candidates were asked about during the debate. Topics like these have a strong effect on young voters.

Gun violence is a common topic in the political world today. There has been a total of 283 massing shooting as of Sept. 1, according to CNN. The need for gun reform was agreed upon by the candidates across the stage. However, there was disagreement on plans to make it happen. Beto O’Rourke, Kamala Harris and Cory Booker agree on the idea of a mandatory or volunteer buy back policy for assault rifles.

Students at Simpson College are part of the generation that has grown up learning what to do during an active shooter. They’ve seen school shootings happen on the news or even had them happen in their schools. This makes gun violence an important topic to many students on campus.

“The issue of gun violence is one of the most important topics to me because of the impact it has on communities and schools all across the country,” sophomore Makenna Yates, vice president for Cory for Simpson said. “I’m supporting Cory Booker because he has been the strongest and boldest on this issue for a long time and he’s been pushing the party further on gun violence in order to take the fight to the NRA and end these senseless deaths.”

President Trump has taken a strong stance on immigration throughout his presidency. He’s passed a travel ban and advocated for a border wall. All the candidates on the stage, except for Joe Biden and Pete Buttigieg, spoke about using executive authority to fix the issues that are happening at the border.

Simpson has seven clubs dedicated for diversity and are open to all students according to the school website. Students across the student body find immigration and diversity important to them.

“Immigration issues will forever and always be a main concern of mine. I truly don’t believe we can have any sort of sensible justice in our society if we do not aid our neighbors when they need a helping hand, whether that involves sending aid to Central America or allowing our neighbors to live in our country and share the safety we have here,” Natasha Shipp, president of Simpson College Democrats and Political Science Department Recruitment Assistant said.

Another topic covered in the debate was climate change and lifestyle changes. A topic many students here at Simpson are taking action to combat. The Sustainability Club has been working hard to educate the student body on how small changes to their everyday lives can help save the planet.

Other topics covered in this debate included, the trade war and tariffs, the war in Afghanistan, Latin American politics and health care.