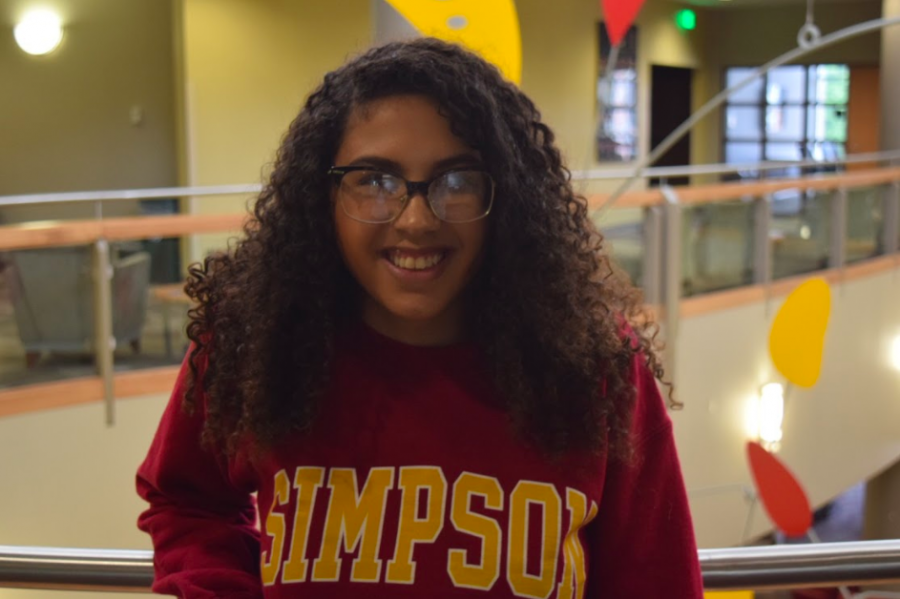 Jaylin Seabrooks (above) has taken over as Student Body President. Photo taken by Taylor Hereid.

The Simpson community was alerted to the resignation of Student Body President DJ Duve on Aug. 21. This announcement came five days before the beginning of the fall semester and less than a month after President Simmons announced his resignation.

A resignation letter was distributed in a mass email by junior Jailyn Seabrooks, student body vice president at the time.

Duve reminisced fondly of his time at Simpson but didn’t elaborate on the circumstances of his resignation, saying only, “I have recently gone through a rough patch and feel as if it is in my best interest to resign from SGA and transfer to another university.”

Duve did not respond to requests for further comment.

“It was a process between me, Mr. Ramos, and the executive committee,” said Seabrooks. “For us, it made the most sense to choose someone for the role who is currently on SGA, and the reason we decided that is because what we’re asking of the person who’s going to be vice president is, frankly, a lot.”

Seabrooks also elaborated on the changes this turnover causes in the SGA constitution, “Wednesday night at our meeting we had a larger discussion with the entire SGA about: Does our process make sense? It was only a small number of us that decided this and we wanted to make sure it made sense and everyone agreed on it. And then we’re starting the process of creating language that reflects what we think this process should look like moving forward.”

Seabrooks said much of her time has been spent figuring out who will hold what positions. At meetings, only a small part of their time has been dedicated to what the semester will hold. Seabrooks hopes many people will continue to be involved in decision-making and giving feedback to SGA throughout the semester.

SGA has been working hard on getting everyone ready for their new roles.

“In some ways, transition is always a little bit messy,” said Seabrook. “For the few days before we figured out who was vice president and who was president, there was just some general confusion like, ‘If I have a question who do I reach out to? Are we starting projects that we started last semester that he was in charge of?’ I think that’s just natural in any transition, especially one with short-term notice.”

Seabrooks says that SGA will be reviewing and finalizing its constitution changes in the upcoming weeks.