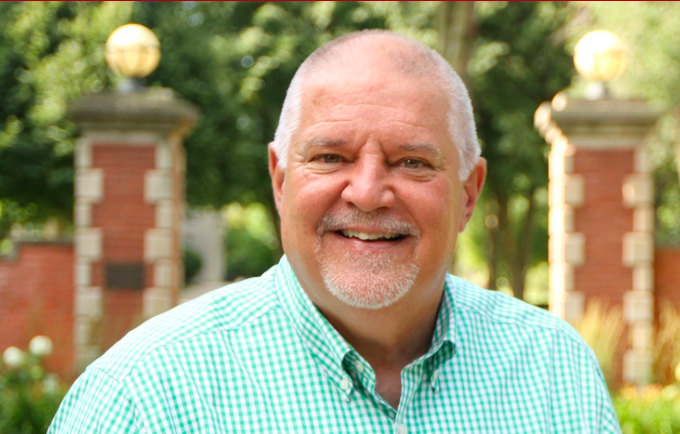 President Jay Simmons sent out an email on May 15 informing the Simpson College community that Senior Vice President and Academic Dean Kent Eaton has resigned.

This year was the end of his third year at Simpson. According to Eaton, he was only supposed to be at Simpson for a year, but once he got through the first year, the college asked if he would stay on longer.

Eaton explained by that time, he had enjoyed working with Simpson’s students and faculty so much that it was easy for him to agree to stay.

In Simmons’ email, he applauded Eaton for all of his hard work and service to the school.

“During his tenure, Dean Eaton expanded the Center for Academic Resources, introduced new initiatives such as the human services major and the honors program, and implemented four fully online degrees through the Continuing and Graduate Division,” Simmons said.

“I taught a course last spring in the religion department called The Meaning of Ministry,” Eaton said. “Then I helped out this fall in the honors SC course, and it was great fun.”

Eaton did not get to teach as much as he would have liked, but he is still grateful for the connections he has made with the students, faculty and staff.

His favorite memories from Simpson are all tied to the people and moments of deep connection. Kent said he always enjoyed heart-to-heart conversations with students and faculty about “issues that matter.”

He has done a lot for the school, but he’s most proud of the growth he’s seen in the institution.

“Even though we’ve been going through a significant downsizing, and it’s been hard for us all, we have still started a number of new academic programs,” he said.

For example, Simpson has expanded the master of music and choral conducting, sports communication and courses in science, technology, engineering and mathematics in his time.

Five years ago, Eaton decided to do interim work at colleges. His plan was to move every year to a new location to help a school going through a transition. He spent a year in Houston, then another at Northwestern College in Orange City before coming to Simpson.

Eaton said he has no plans for retirement after leaving Simpson.

“I still feel like I’m 20 years old and love my work, but I felt like my work here was over and it’s time for somebody else to pick it up,” Eaton said.

Eaton said he never intended to be at Simpson indefinitely, and he is unsure of what his next step is. He has interviews planned and hopes he and his family will end up going overseas again.

“I spent the first 13 years of my teaching career overseas,” Eaton said. “I would love to end it back in another place overseas.”

Eaton said he will miss the relationships with students and faculty he has worked with.

“I’ve said it so many times and I’ll say it again, Simpson has the best faculty I’ve ever had the privilege of working with and I’ll miss those folks deeply,” he said. “As far as the students who come here, the level of civic engagement and wanting to make changes is refreshing.”