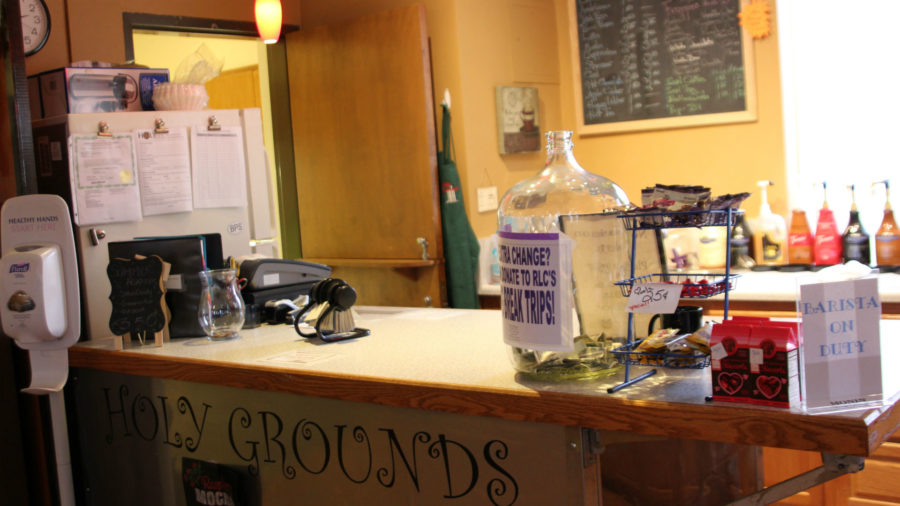 A debit card reader is coming to the Holy Grounds Coffee Shop, a student-run business in Smith Chapel.

The addition to Holy Grounds was in the works for several months before it was approved. If students wanted coffee, they had to make a habit of carrying around cash.

“Students don’t carry around money anymore,” said Robert Lyons, a frequent customer. “Having run several fundraisers myself, getting students to actually bring change to an event, or just with them anywhere, is an unlikely proposition.”

Lyons also said with the addition, he will most likely frequent the coffee shop more.

Freshman Natalie Dixon said, “I like the choices that they have for coffee there, and I like the atmosphere. If they had a debit card reader, I would be more apt to purchase coffee there.”

“There’s so many new customers or customers that have never been here before that just don’t carry cash,” said Jeannette Fuller, manager of Holy Grounds. “ They come in, and they’re ready to pay for it with their card. And it’s like, ‘Sorry, we don’t accept that.’”

Fuller said that it took several months for them to get the approval, taking several managers to do so.

There were a lot of hoops they had to go through as well, such as not being able to give cash back. They’re also required to use the debit card reader responsibly and protect their customers’ information.

“This is not a new issue,” Fuller said. “This is something we’ve been working on for a while.”

It’s more likely that the reader will be implemented next semester. It’s possible for this semester, but Fuller said that would require retraining all the volunteers at Holy Grounds.

Student Government Association Sen. Jacob Bruns said the process was long. He did a lot of research, such as looking through all the security codes and terms and conditions of all the possible vendors, to find if they would conflict with current Simpson policies.

Bruns also worked with the school administration to convince them that it would be a worthy addition.

One of the challenges was if the debit card reader could be used with the current system, which required a wireless network. In order to implement the reader, they bought an independent cell service, rather than using Simpson’s wireless network.

“It wasn’t that difficult,” Bruns said, “but it was time intensive.”

He also said the debit card reader wasn’t an urgent issue, but it would be an investment in their long-term success.

Fuller said that the addition of the debit card reader would also mean more commuters as customers because most of them aren’t on a meal plan.