Riordan earns opportunity of a lifetime 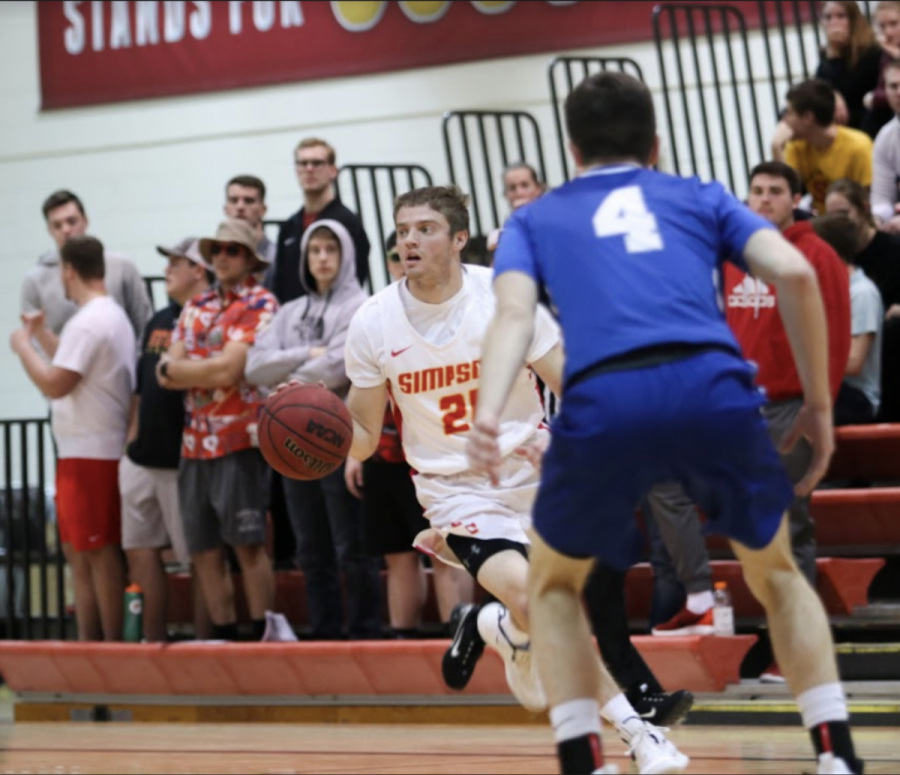 Junior Conor Riordan has earned plenty of awards and recognition in his time at Simpson College. Riordan averaged 18.2 point per game this past season and was named first-team all-conference as a guard for the second consecutive season.

On top of that, it was announced two weeks ago that Riordan was selected for the USA D-III Basketball Select National Team.

“It’s an awesome honor and it’s definitely different,” Riordan said. “I’m just very humbled by it. I didn’t apply for it or anything. They reached out to me, so I’m just lucky enough to be even considered for this.”

Riordan is one of ten athletes who were hand-picked to play on the national team. The squad is made up entirely of Division III players who will get to represent the United States overseas. Riordan is the first player in school history to be a part of the team.

“I think representing the country will just be something new and totally different,” Riordan said. “Just being able to wear USA across my chest, it’s kind of what you dream about as a kid. And I get to represent all of Division III, so I’m really excited about that.”

The trip starts in San Paulo, Brazil on July 8. Riordan’s team will compete in two games against Brazil professional teams. After those two games, the squad will fly to Rio de Janeiro for two more contests. During all this, Riordan will get an opportunity to meet players, coaches and fans from around the country.

“I’m looking forward to meeting tons of new people,” Riordan said. “I get to meet nine great other dudes who are really good at basketball. I’m also looking forward to the cultural experience, I’ve never really been out of the country.”

Riordan wasn’t selected for the team only because of his skills on the court. He was also chosen for the Google Cloud Academic All-America Team and holds a 3.96 cumulative GPA. On top of that, the junior is involved in the Fellowship of Christian Athletes and the Simpson Student Athlete Advisory Committee.

“He’s someone that you want to be around, because he makes you better by just being himself,” junior, close friend and student-manager of the basketball team Gable Johnson said. “It’s special in terms of representing Division III and the country because you can’t find a better person than Conor. The National Team is going to love him, because he’s going to do everything he can to represent them and Simpson College as best as humanly possible.”

Riordan is very humbled and honored to be a part of this team and wanted to thank everyone for helping him get to where he is today.

“I’m thankful for Simpson for helping me get this opportunity and thankful for the game of basketball and the places it’s taken me in my life.”