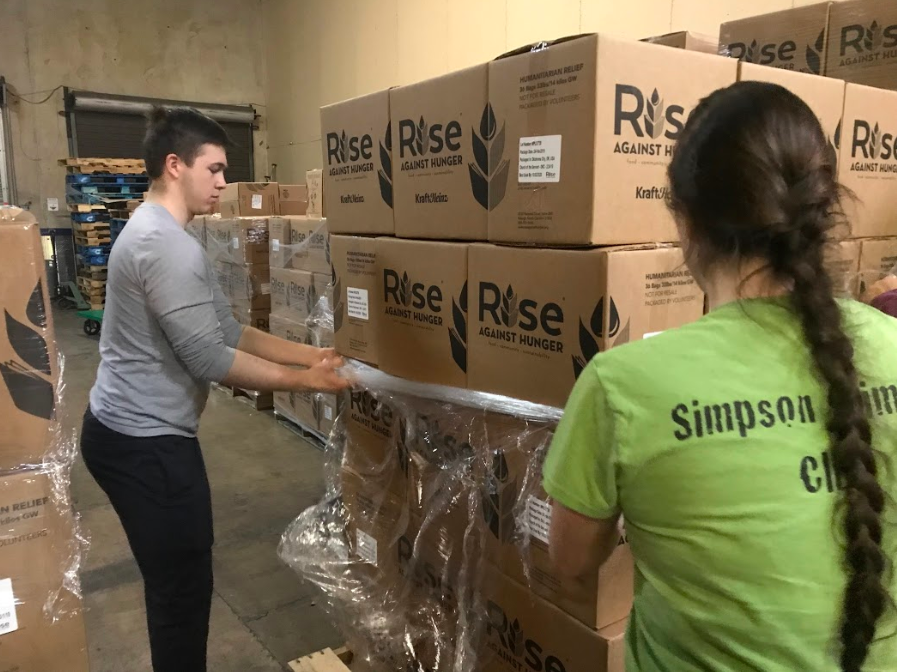 The Religious Life Community took two groups of students to Dallas and Puerto Rico during spring break to do service work.

Cheyenne Wiederholt, a junior majoring in criminal justice, wanted to go on the Puerto Rico trip after traveling to the Dominican Republic and doing service work there.

“We helped fix hurricane devastated houses,” Wiederholt said. “My group worked two sites. The first site we did six doors, concrete work, patching. There are all concrete houses down there.”

Being in Puerto Rico, English was not always the dominant language spoken. Many of the people that live there speak Spanish.

“I hope I never meet any of my professors in high school again cause I always told them that I was never going to use Spanish,” Wiederholt said. “I never needed to learn a foreign language since I didn’t like learning it. Since then I’ve been to two Spanish speaking countries.”

The roads were still in bad shape from the hurricane and had not been fixed by the town yet.

“We almost died on the roads multiple times because the potholes are massive,” Wiederholt said. “We actually blew a tire on our rental car.”

Luckily, a cop and mechanic were there at the time to help with the car and no one was hurt.

“The first family we worked with didn’t speak any English, but our foreman talked to them on our very last day there,” said Wiederholt. “They told us ‘We’re so thankful for what you guys are doing, not only for us but for other people. God bless you.’ Things like that.”

Keegan Lamparek, a senior majoring in computer science and information systems, went on the service trip to Dallas. The group drove 12 hours to get to Dallas.

“The main focus of the trip was working with refugees,” Lamparek said. “We helped relocate this family of nine from the Democratic Republic of Congo to the U.S. We helped get them a $1,000 of groceries, set up their apartment, and we met them at the airport too.”

The group worked over the week helping get the family comfortable in their new home.

“Seeing the family from the  Democratic Republic of Congo finally take a deep breath and just relax,” said Lamparek. “The children when they went into their beds they just plopped right on it. They had never had a bed before.”