Club of the Week: English Club 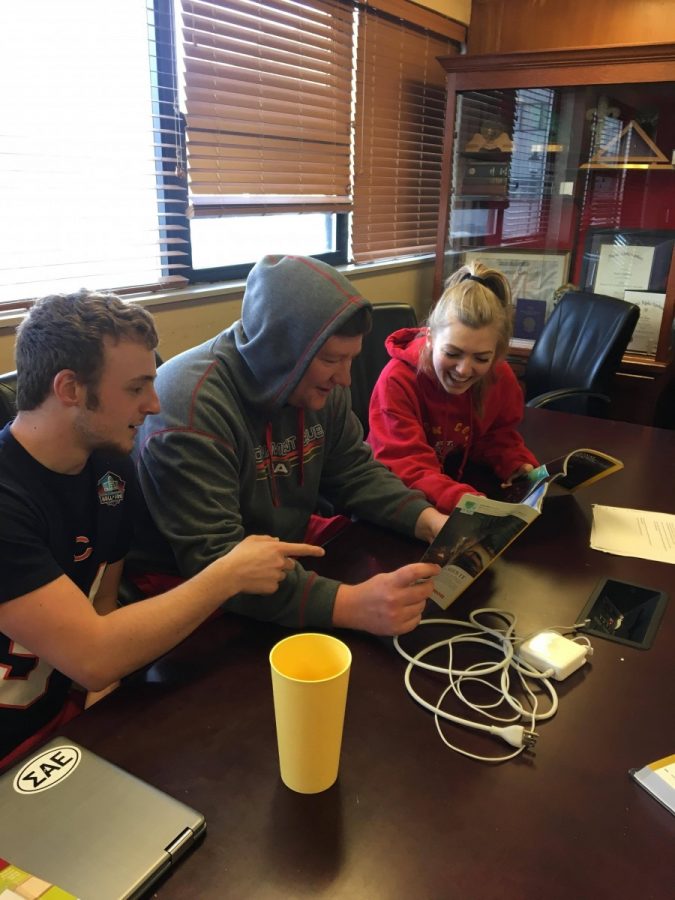 Photo courtesy of Carter Stacey | The English Club meets every Wednesday to discuss books and poetry.

The English Club came back to Simpson last fall after the department and students decided to restart the club.

The English department had been wanting to renew the English Club when sophomore Carter Stacey showed interest in forming a new club. Stacey is now the president of the club.

“The club took off after I talked to [Professor] David Wolf about classes and he must have misunderstood me, but he suggested I started an English Club and we have ran with it since,” Stacey said.

Stacey had her initial meeting with Wolf, the faculty advisor for the club, who helped her with the creation of the club.

“The department had been considering the idea for some time,” Wolf said. “We felt it would be a great way for our majors and minors to share their love for the study of language and literature outside the classroom.”

The English Club meets every Wednesday in the Mary Berry lounge. At each meeting they talk about a book the group decided to read or poetry.

“The great part about the English Club is that nothing is ever the same, “ Stacey said. “One week we will read short stories then we could be reviewing a play that was put on by the Simpson theater department. It gives the club a wide range of talking topics.”

The English Club makes it a goal to have relevant literary pieces that the group is looking at and works with the local community to enhance some of the meetings.

”The goal of the club is to foster community among our majors and minors, and to develop, in an organized way, an expanded sense of what it means to be a major or minor in English outside the classroom.” Wolf said. “Members attend and participate in literary events in the area, workshop and share critical and creative work outside the classroom and attend theatre productions. Other activities will emerge based on member interest.”