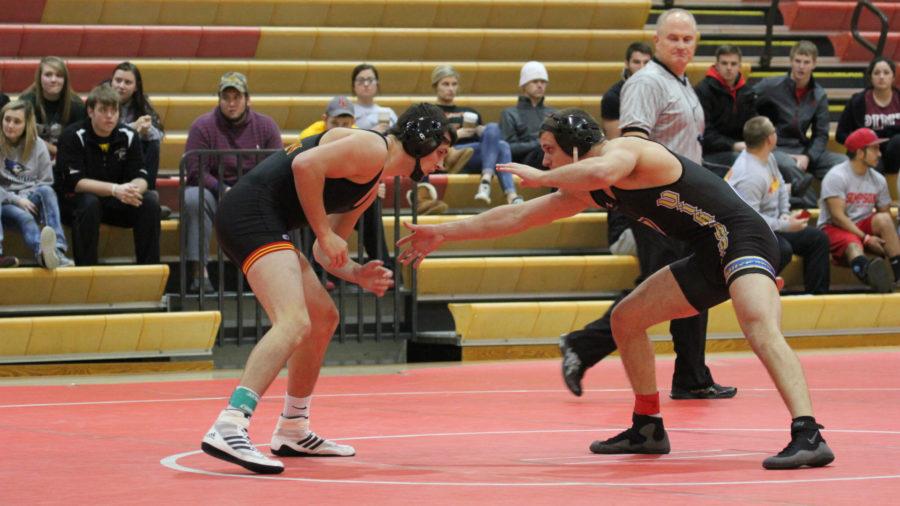 Higher intensity, shorter and more individualized practices are what Simpson wrestlers are getting used to until the Central Region Championships in Dubuque.

Wrestlers are tapering so they will have as much energy as possible going into the tournament.

Believing in themselves and having confidence is a big deal going into the tournament and is important in wrestling in general.

Coach Nate Hansen said, “The opportunity is there. Everybody is 0-0, so it’s nice to be able to get ready and be confident and be thinking ‘Why not us?’”

Last year, to gain confidence, wrestlers scrimmaged each other in the Black Box. This year they will just scrimmage at practice.

Hansen said he will be bringing in speakers to help prepare his team for the tournament atmosphere and to just get them in the right mindset. The wrestlers also watch film of old matches.

“The whole idea is for them to believe in themselves, and we’re doing everything we can physically and training-wise to get them sharp, to get them feeling good and believing in themselves. So this week is all about thinking ‘Why not me?’” Hansen said.

Sophomore Jonathan Melton placed fourth in the Midwest Regional Championships last year but will miss this year’s tournament due to ineligibility.