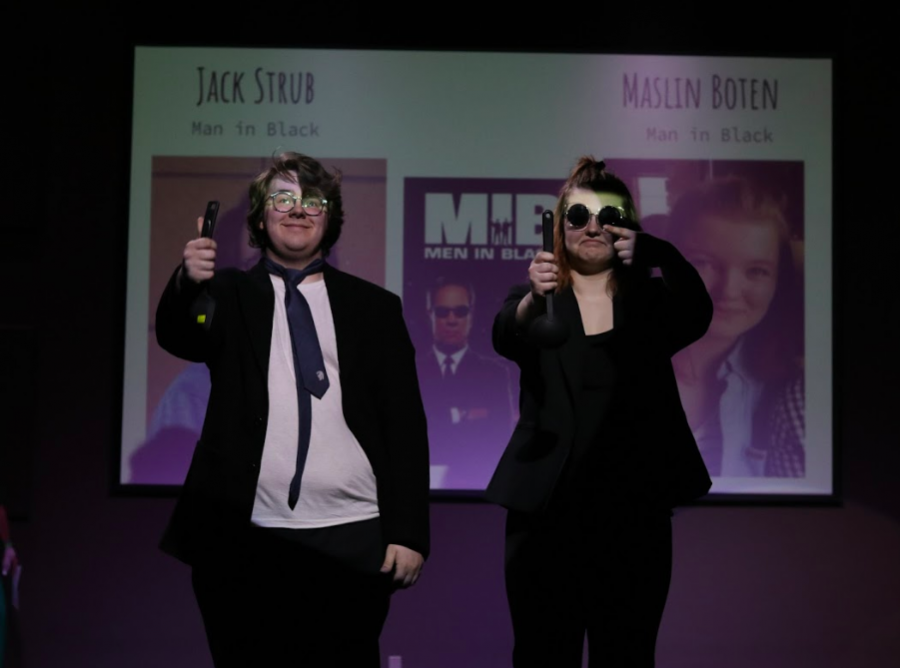 The Public Relations Student Society of America or PRSSA is hosting its 14th Goodwill Fashion Show on March 21 in the Principal Black Box Theater.

“Our theme this year is When I Grow Up,” said Ty Duve, a junior and member of PRSSA. Duve is also the Director of Marketing for The Simpsonian.

“There’s going to be three rounds,” Duve said. “In the first round, our models will dress up as what they would have worn in middle school. Then the second round will be college era. Third round is after college.”

Students can bring a dollar or a piece of clothing in order to watch the show. All donations will be given to Goodwill.

“This is my fourth year being involved, so this year I’m finally in charge of the whole show,” said Johanna Beierle, a senior and assistant firm director for C Street Agency. “I’ve had bits and pieces of help with different things such as social media and helping recruit models.”

PRSSA has been planning the event since getting back from winter break. The show will be held earlier than usual this year. Traditionally, the show is held around finals, but Beierle wanted earlier this year so students would have more free time to go to the fashion show.

PRSSA has been working with Goodwill to get clothes for the models to wear for the fashion show.

“They let us take clothes for the models in the fashion show for free, and we’ll just bring it back to them, so we don’t have to pay for any of those,” Duve said.

It’s important to PRSSA to be inclusive with their models, including people from all different backgrounds and grade levels. The models compete in pairs during the show are judged by faculty members on the looks that they create with the clothes.

PRSSA will be using old photos of models and faculty judges to help promote the show.

The fashion show gives students in PRSSA a chance to improve their skills they will use for future careers in public relations.

“The event teaches all of us what it takes to plan an event. Since in a lot of PR roles, you’re doing communication, but you might also have to take a stab at planning an event,” Beierle said. “Planning events doesn’t come easy. It takes a lot of planning, time and effort.”