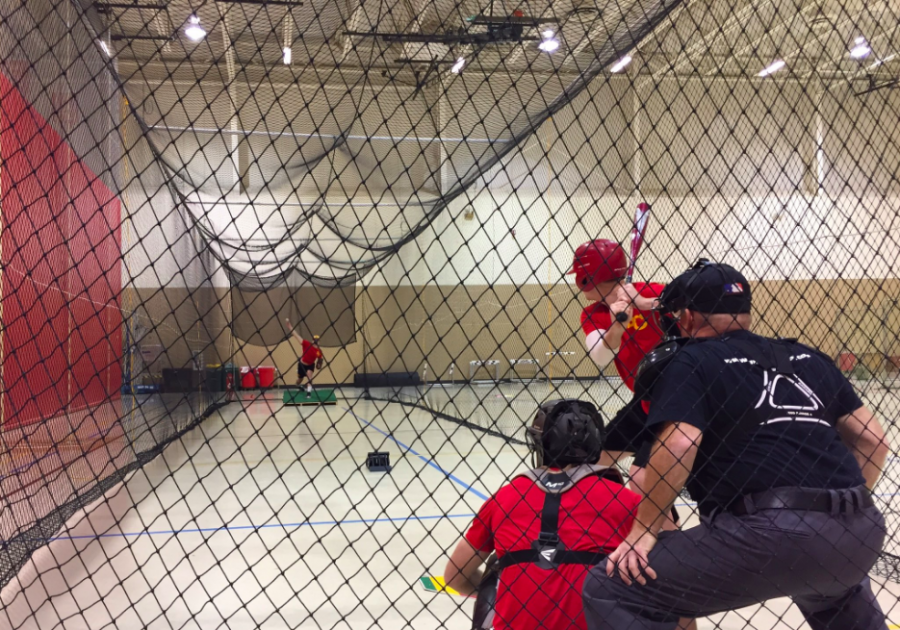 Snow and more snow has kept Simpson College baseball inside to start their preseason practices. The Storm are looking to improve on a dismal record against American Rivers Conference competition this season.

Last year, the Simpson baseball team was 8-28 overall and 6-17 in the conference, good enough for eighth place in the IIAC, which is now named the American Rivers Conference.

The Storm had four players that placed on the all-conference team last season. All of the players are back with the exception of graduate Trey Kehoe.

Sophomore Kolton Arnold was selected first-team all-conference as a designated hitter in his freshman year. Head coach Nathan Roling hopes to see him make a big jump this season. The two other all-conference returners include junior Tanner Jansen, and sophomore Noah Sacco.

Ending last year on a high note, Roling and the team finished by winning four out of six against conference tournament teams.

“We are excited with our young roster coming off of the confidence we ended with last year,” Roling said.

The team is young and looking to make a big jump from last year to this year.

“As a team we are very young and I think having another year of experience and the weight room to help these young players develop will only benefit our team,” Roling said.

Roling himself is a fairly new coach at Simpson College. Going into his third season as head coach, he wants to improve.

“One of our outcome goals as a team this year is to end up in Cedar Rapids at the American Rivers Conference tournament,” Roling said.

Those are lofty goals for the Storm as they were picked to finish eighth out of nine in the 2019 Preseason Coaches’ poll.

Adding new coaches to the team is one way they are trying to make a difference this year.

Assistant coach Ethan Westphal is new this year. Prior to joining the Storm, he has experience coaching at the high school level. Coaching his alma mater in 2014-2016, he helped coach them to the state tournament in each of his three seasons.

New strength coach Craig Conrardy has also been a big asset for the Storm.

“We treat Craig like an assistant coach. He has been a huge benefit to our players and they seem to have really bought in,” Roling said.

Looking at the schedule, the Storm will play Big Ten competition when they travel to the University of Iowa on March 6. Roling is excited to see his team in adverse situations and play top level competition.

The Storm will host the first home game on March 22 in a doubleheader against Buena Vista.