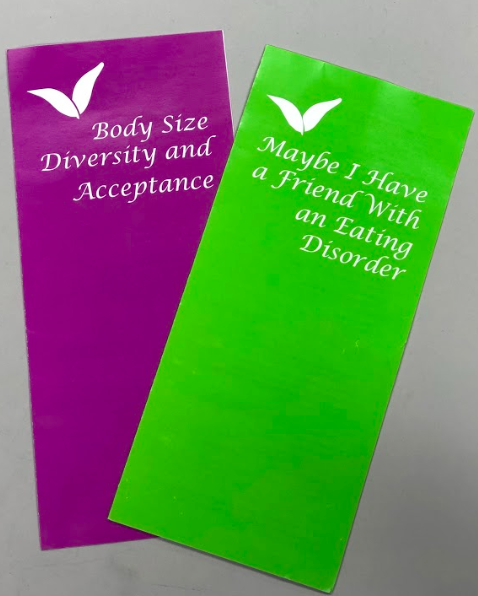 1. Anorexia Nervosa: This is one of the two most well-known eating disorders. It is characterized by weight loss or lack of appropriate weight gain. Someone who is underweight but thinks they are overweight or are extremely afraid of becoming overweight might suffer from this. According to the NEDA website, it may not be easy to tell if someone is struggling with this disorder because they do not have to be emaciated or underweight to be anorexic.

2. Bulimia Nervosa: This is the second most well known eating disorder. It is characterized by a cycle of binge eating and then somehow getting rid of all the food just eaten. The aim of this is to not gain weight from eating. A person can have both bulimia and anorexia but they don’t show at the same time. A person will go through episodes.

3. Binge Eating Disorder: This is the most common eating disorder in the U.S. according to the NEDA website. It is characterized by recurrent episodes of eating large quantities of food and then feeling bad about it. They do not regularly use countermeasures to make themselves feel better though.

4. Orthorexia: While this isn’t formally recognized as a disorder, the term was coined in 1998. It means a person has an obsession with proper or healthful eating. While this isn’t always bad, it isn’t always good either. If someone is trying to be healthy and think it’s better to cut something out of their diet, they could be lacking in some nutrients.

5. Laxative Abuse: This is just as it sounds. It occurs when a person attempts to use laxatives to get rid of unwanted weight and they do it on a frequent basis. By doing this, it can throw the mineral and electrolyte balances off as well as causing severe dehydration.

6. Compulsive Exercise: While this is not recognized as a clinical diagnosis, it is something people struggle with. It’s exactly what it sounds like and is when a person exercises so much that it begins to interfere with everyday life. It also brings about feelings of guilt, purging to burn calories or is making them think it gives them permission to eat.

With so many different types of eating disorders, it’s also good to know how to eat healthily and take care of your own mental health. Next month Active Minds will be hosting a Mental Health Fair on March 27 in the Black Box Theater. Campus counseling services on campus are always on the second floor of Kent. If you or a friend are struggling, don’t be afraid to reach out for help.

To Schedule an appointment with Counseling Services:

Or go see them in person to make an appointment.