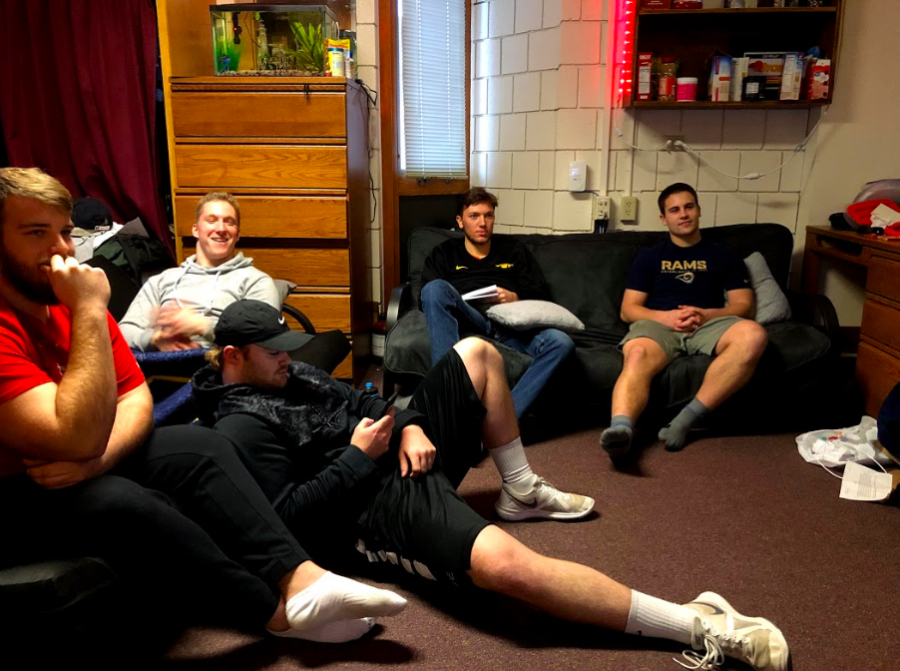 Students living on campus are bound to live with at least one other person at some point, whether it be in a dorm, apartment, theme house or a Greek house.

But whether or not a roommate arrangement lasts until the end of the year, or the semester, is much less certain.

Disagreements and clashes between roommates can quickly dissolve a living arrangement and are a common reason at least one roommate moves out. Other times, a roommate may pledge to a fraternity or sorority and wish to move into their Greek house, leaving the other person behind.

Whatever the reason may be, when Simpson College students feel the need to change their on-campus living situation, members of Residence Life know what to do.

For students who may be thinking of making a rooming change, here is some advice from members of Simpson Residence Life that may help out:

1. Talk to your Community Adviser if change is needed

A common mistake students make when wanting a rooming change is going to the area coordinators, or even Dean of Students Luke Behaunek, first instead of talking to their CAs.

Junior Lindsay Mahaney, a CA in Picken Hall, said in that case, Behaunek or the area coordinators will ask the students if they’ve spoke with their CA yet.

“And most of the time, they’re going to say no,” Mahaney said.

According to Elyse Morris, the area coordinator for Buxton and Picken Halls, as well as the apartments and theme houses, students may bypass their CAs because they know they will eventually need to talk to either herself, Behaunek or the other area coordinator.

“In some cases, though, I think people avoid talking to their CA first because they think the CA will make them take steps to improve the roommate relationship before they are able to move,” Morris said in an email to The Simpsonian. “Many people really shy away from those difficult conversations.”

However, those difficult conversations often end up being key.

2. Aim to resolve roommate disputes as a first option

When roommate conflicts do arise, Mahaney said CAs usually ask their residents if they’ve talked with their roommate or roommates about the problem.

If the answer is no, then CAs will generally ask them to speak with their roommate first and see if the problem can be figured out without intervention from Residence Life staff or a rooming change.

And figuring things out requires face-to-face communication between roommates.

“Everyone wants to just text their roommate if they have a problem with them or something,” said junior Hannah Matt, a CA in Barker Hall and also the team lead in that building. “But just talking to them face-to-face will make it so much easier.”

Matt also advised against students being passive-aggressive with their roommates or communicating about problems by leaving sticky notes in the room.

Although roommates should speak to each other first about their problems, CAs also play a role in conflict resolution.

Matt said she has often spoken to one roommate about a particular problem and then spoken to the other about it separately. If the problem is something that can be resolved, she then has a mediation meeting with both roommates present.

“And we try to kind of solve the situation and talk through things,” Matt said.

Following a mediation meeting, CAs then will check in on the roommates a week or two later to see if the changes discussed in the meeting have helped. If not, then the CA will talk to the roommates about one of them moving, Matt said.

4. If you want to go Greek, talk to your roomie ASAP

Disputes aren’t the only reason why a student would part ways with their roommate, Morris said. Another big reason for doing so is simply when one roommate moves into their Greek house.

Since fraternities recruit new members early on in the fall, it’s common for male freshmen who have joined a Greek organization to want to move into their house partway through the semester.

For example, Mahaney said when she was a CA in Kresge Hall last year, a majority of her initial male residents moved to fraternity houses right way in the fall. New sorority members, on the other hand, must wait until the end of the semester to move into their houses.

If a student wants to make that switch, they should tell their roommate right away so they can start finding another suitable roommate. Otherwise, their roommate may get stuck with a randomly assigned roommate.

However, to help prevent random roommate assignments that happen in the wake of fraternity recruitment, Matt said Residence Life started having a rooming exchange process that takes place around fall break.

Even though many students change rooms due to Greek move-outs, students can use the exchange process to make a room change for any reason.

“That’s just a chance for people who don’t like their roommates or don’t have a roommate get the chance to pick their own roommate,” Matt explained.

She added that another rooming exchange occurs just before winter break to accommodate roommates affected by sorority move-ins.

5. Get your Area Coordinator involved

After having spoken with their roommates and CAs, a student wishing to move out for whatever reason must then contact either Morris or Tayler Keitzer, who is the area coordinator for the freshmen and Greek living areas. It’s them who ultimately give the green light on roommate switches.

“Usually, the CA is already communicating with the area coordinator that there’s problems in the first place,” Mahaney said.

No matter what kinds of problems arise among students, Mahaney said the main goal of Residence Life staff is to ensure their residents are safe and comfortable and their needs are being addressed.