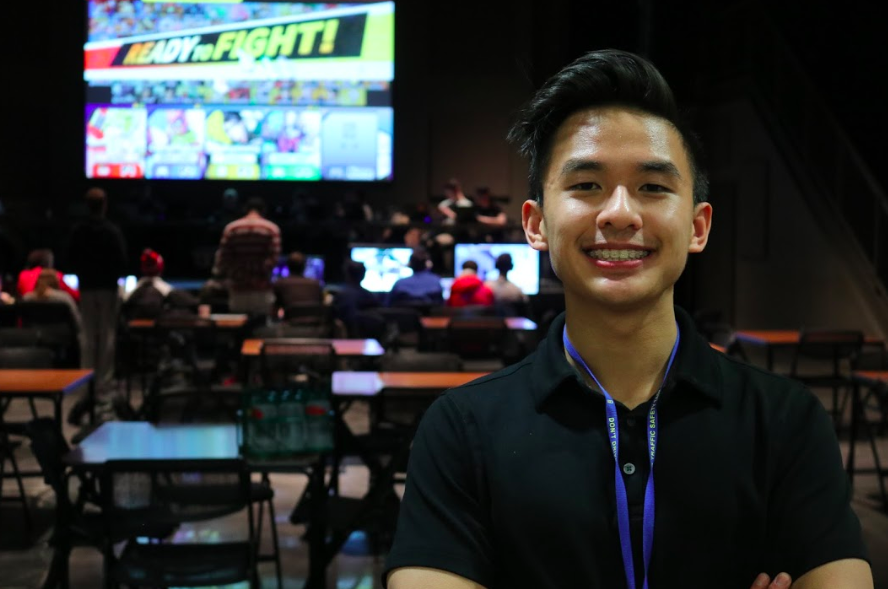 Simpson students organized a stress test on Feb. 6 to learn more about the internet’s ability to handle a new esports team.

The goal of the event was to see if the college’s internet could handle such a large number of devices in such a small area.

The event hosted roughly 25 different computers and video game consoles and over 100 students throughout the event all playing video games, most of the time online with other people at the event.

“There has always been talk about esports on campus. I wanted to help establish it here. There is so much untapped potential from the students here who are not as vocal about it. I wanted to give them a place to share and pursue their passion,” senior Sherwin Lacsa said.

The club is hoping to specialize in more than just one video game, and is hoping to have enough members to have specialized teams for each of the competitive games they choose to play.

One game that has a large competitive following is “Overwatch.” In the game, six people are on a team and each player chooses a different character, each with different abilities to win the game mode that was chosen by the game.

“I chose “Overwatch” because of the strategy and teamwork that goes on in the game. I love the amount of adaptability that comes with each game. It really keeps everyone on their toes and keeps things exciting,” said Jordan Yawn, a junior who helped start the team as a committee member.

“Overwatch” isn’t the only game at the event. “League of Legends” was another popular competitive game that students were playing at the event.

“I started to play because I got really into esports online and I originally started with “Overwatch” but I couldn’t really run it on my system, so when I found “League of Legends” I thought the teamwork really made the game for me,” freshman Evan Burley said.

The event lasted about four hours and students played video games during the entire event.

The event also worked on building a community of fellow gamers that live on campus who may not have this community before the event.

“I think that some people see this [event] and they don’t see it as a community,” Ramos said. ”But the realities are, these students are working together as a team and I can say they truly are a community.”

The community also branched over to games that weren’t as competitive, like the new “Super Smash Bros. Ultimate” game that came out in early December last year.

“Everyone is there to have fun and it’s not harsh in terms of the environment,” junior Jacob Lay said.

The club is working on making the organization appeal to anyone that has interest in video games and hopes to host a similar event at least once a month.