New strength coach here to work with all athletes 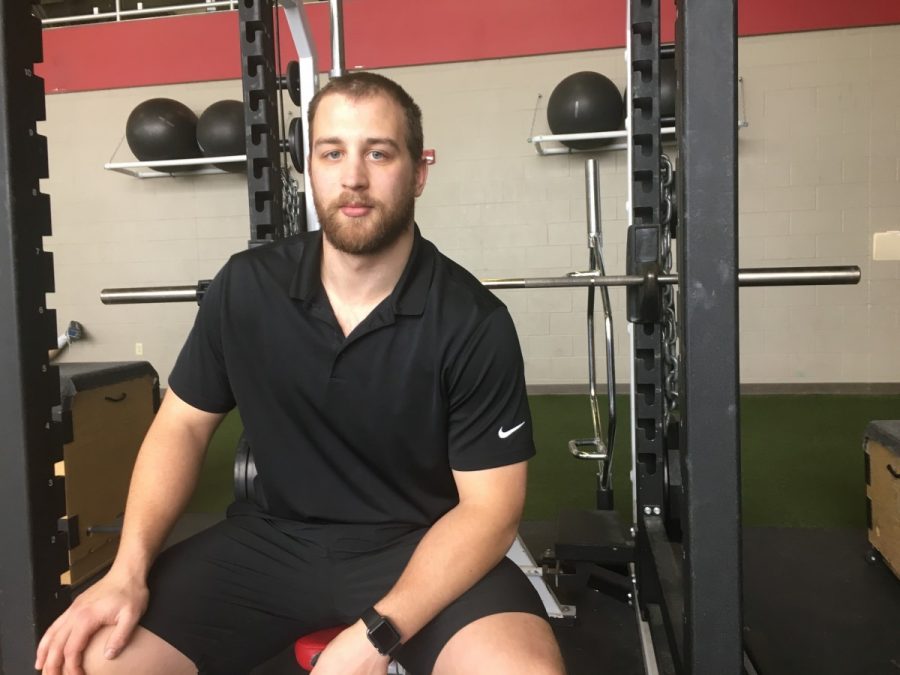 There is a new face in the weight room: Craig Konrardy, the new assistant strength and conditioning coach. Konrardy played baseball at Coe College and has interned with Baylor University as a football strength intern. Photo by Gunnar Davis/The Simpsonian

If you’ve visited the weight room recently, there’s a good chance you’ve seen a new face getting in a workout or coaching up athletes.

That new face is Craig Konrardy, who took over the job of assistant strength and conditioning coach at the start of the semester.

Konrardy earned his bachelor’s degree at rival Coe College, where he played baseball for four years. He then earned his master’s degree in kinesiology at the University of Northern Iowa. He moved to Ankeny where he took a job at Engineer Performance for a year before hearing about the opening at Simpson.

Roling had reached out to Konrady last year when Konrady was pursuing his masters.

“I told him I would be living in the Des Moines area,” Konrady said. “He remembered that information, and he called me about the opening.”

Now, Konrardy gets to work with many different teams on campus including baseball, softball, volleyball and men’s and women’s soccer. He hopes to get to work with more teams as time goes on.

Sophomore baseball player Kolton Arnold has taken part of team workouts with his new coach for the last two weeks. He says Konrardy is smart and has helped the team grow already.

“It’s been tough, but he prepares us for in-game situations with running,” Arnold said. “He works with positions and makes it more of a baseball-minded lift.”

Baseball played a part in why Konrardy got into lifting and working out. Now, he gets his own program to run—and he loves the weight room too.

“I knew when I came in for my interview and I saw the facility, I was like ‘Wow this is awesome.’ I think back to my time at Coe, and it wasn’t this nice,” Konrardy said.

So far he’s enjoyed his time at Simpson, referencing how nice the weight room is and also how good the people are to him.

“I like how everyone is very open to helping. I can ask questions and everyone’s working together,” Konrardy said. “They know I’m new and they help, when most other places, you’re thrown to the sharks and told to swim and figure it out on your own.”

Konrardy has big goals for his time at Simpson. His main priority is doing whatever he can to help the athletes get stronger, which will translate to better athleticism and, ultimately, a better product on game days.

“It really makes me feel accomplished when they succeed on the courts and the fields,” Konrardy said, “and I know I played a little part in them succeeding.”