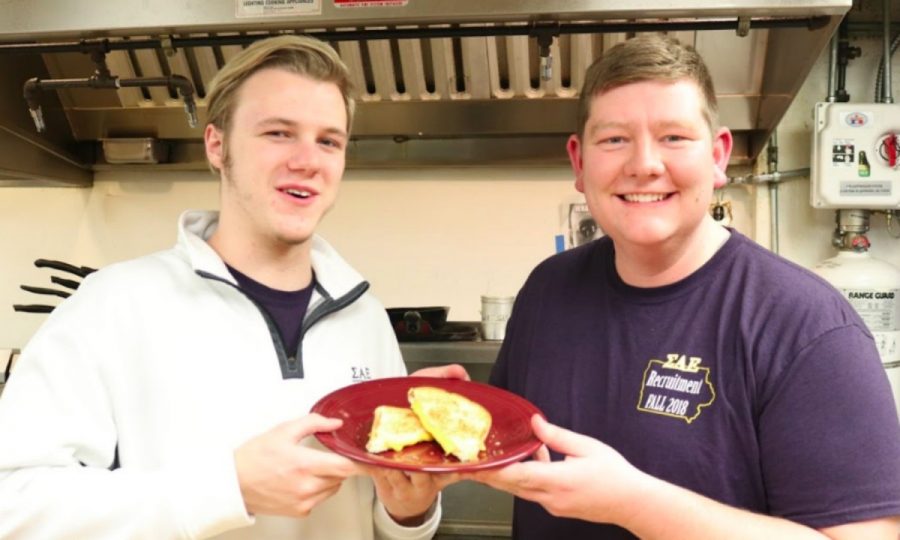 Sigma Alpha Epsilon (SAE) fraternity will be selling grilled cheese sandwiches as a philanthropy fundraiser for the Children’s Miracle Network from 6 to 9 p.m. on Friday outside of Principal Black Box.

The event idea came from other SAE chapters across the nation. When SAE  would have a national convention, this event was common among most chapters.

“We chose grilled cheese because it’s been an idea at this chapter for the past couple of years but no one had put it into motion and I thought now would be the perfect time. With the perfect location to have people grab a grilled cheese on their way up to bingo,” Konnor Johnson, member of the community service committee said.

The tickets are $5 each and buy customers as many sandwiches as they’d like. However, SAE members ask individuals to be considerate to everyone who would like a grilled cheese.

“Grilled cheese works out great because it’s a great food that is relatively cheap to make and that allows for more money to go to our philanthropy,” said Jake Stoulil, president of SAE.

The fraternity has a goal of selling 100 tickets which would lead to a little under 500 dollars in donations that would go to Children’s Miracle Network.

“We are accepting free will donations because we recognized that people may want to support the cause but don’t want the sandwich,” Stoulil said.

Tickets will be on sale at the front table during the event.