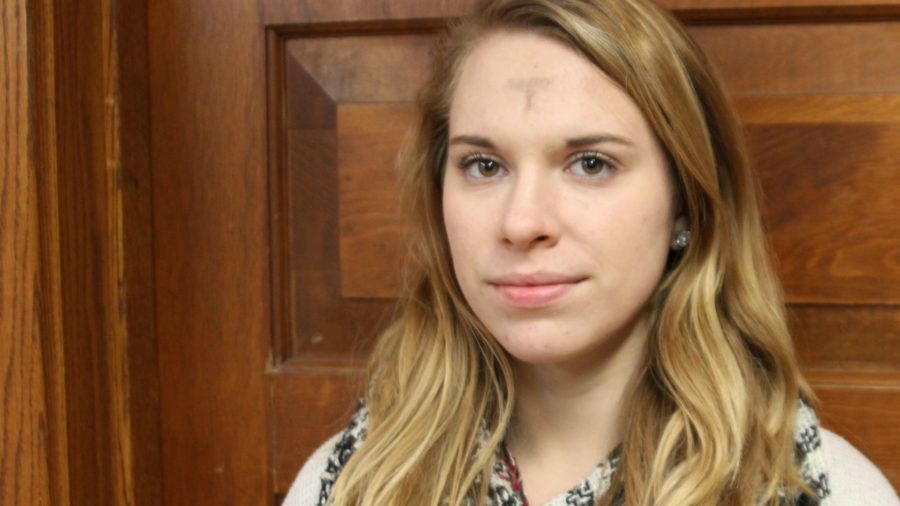 Ash Wednesday marked the start of the Lenten season and many students throughout the Simpson community have chosen to partake in the 40 days of Lent.

For Christians, the Lenten season is a time to reflect on Jesus’ life and consider their own habits for 40 days. Whether it be giving up smoking or abstaining from certain foods, religious believers spend the 40 days until Easter giving up habits or luxuries.

This practice is done to imitate Jesus Christ’s 40-day period of wandering and reflection in the wilderness. The Lenten season begins Ash Wednesday and ends with Easter Sunday.

Many Christians attend a service on Ash Wednesday where ashes are blessed and placed on their forehead. It is believed this marks the physical and spiritual start of a personal Lent season.

Students on campus are practicing Lent in a variety of ways. Some are giving up a vice while others decide to take up a new good habit.

“I am giving up sweet things,” sophomore Miranda Richardson said. “It’s constantly one of those things I go to for a source of comfort instead of going to God.”

Unlike Richardson, RLC intern Dani Musselman has decided to add something to her daily routine.

“Ash Wednesday to me is about being humble and recognizing that I am just as much a part of a global community as any other organization,” she said. “I am not giving anything up for Lent, I am picking something up. I am taking better care of creation, specifically being more mindful about the meat that I eat and where it comes from. Also, taking better care of my body.”

This year, RLC’s Lenten theme is Reclaim. Throughout Lent, RLC will be selling bracelets for $5 to help end human trafficking through the Red Thread Movement. Bracelets can be purchased at the chapel office.

Lent originally began as a way for those who practice Catholicism to remind themselves of the value of repentance. However over the centuries, Lent has taken on more of a sacramental value.

“We are ultimately striving to create ourselves in the way that God wants us to be so that we can ultimately be with Him,” Catholic Student Organization Intern Rebecca Schmidt said on why Ash Wednesday is important to her.

Overall, take the next 40 days to re-evaluate life. Whether you are Christian or not, Lent is a great time to do self-evaluating.