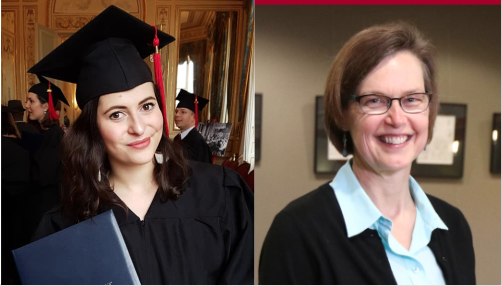 The French and German programs at Simpson College were among the academic departments cut last month. Aside from the students majoring in these areas of study, this decision greatly affects future of the Fulbright Foreign Language Teaching Assistants Program (FLTA).

There are currently three Fulbright FLTAs on campus: one each in French, German and Spanish. However, the French and German teaching assistants will be terminated after this academic year.

The impact of their absence will be felt immediately.

“Not only do they contribute to the intercultural communication goals of Simpson by giving students the opportunity to practice their language skills in an authentic way, but they also build relationships on campus outside of class,” said Sharon Wilkinson, a French professor and the college’s primary FLTA supervisor.

She said Simpson greatly benefits from hosting FLTAs each year while members of the program look for ways to engage around campus.

“Assistants eat in the cafeteria, join campus activities and clubs, present at conferences, and serve as ambassadors for their country. They represent Simpson in positive ways in the community,” Wilkinson said.

Institutions that wish to host Fulbright teaching assistants apply through the Fulbright Commission, which vets and recruits FLTA candidates. Simpson’s administration decides how many assistants are needed each year going forward, and individuals can apply to host that number.

Professor and Chair of Multimedia Communication Brian Steffen has hosted FLTAs for nearly 10 years. This year, he is hosting teaching assistants from France, Germany and Uruguay.

“My family serves as a resource for the FLTAs, most of whom haven’t been to America before,” Steffen said. “We help them get established in Indianola with shopping needs, and we show them bits of American culture, such as a couple of weeks ago when we took them to an Iowa State football game.”

The world language department has yet send the request to the administration to renew the Fulbright program for next year. Because of this, they are unsure of its approval and the number of available FLTAs next year.

“If the announced cuts in French and German are not overturned through the appeals process and the programs are ultimately closed, it is unlikely that teaching assistants in those languages will be needed after Spring of 2020,” Wilkinson said.

Regardless, the FLTAs at Simpson have left a lasting impression.

“When being a Fulbright, you’re being told over and over again that your mission to educate and to enable mutual understanding and thus to advocate for peace,” said Noemie Maurice, who was a French Fulbright teaching assistant last year. “You find all of these values when learning a language.”

Simpson plans to seek approval from the administration to host more FLTAs next year. The Fulbright application to be a host institution is due every year in February.

“It’s truly breaking my heart. I hope that the Fulbright program will continue to live on and impact as many persons as possible,” Maurice said.