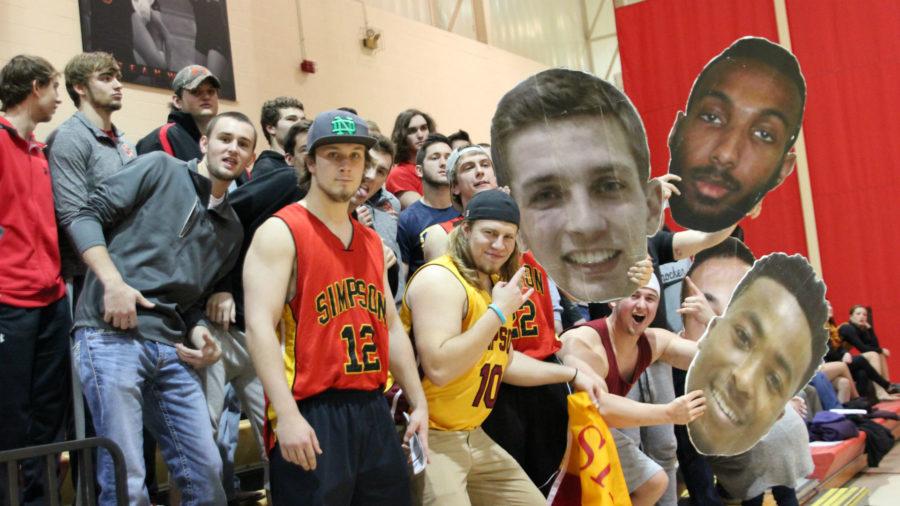 According to Jody Ragan, college registrar, and Luke Behaunek, dean of students, faculty and staff hadn’t done anything extraordinary in improving the overall retention, other than doing follow-ups with students and making sure they’re registered, or letting them know if they had holds.

Ragan said one specific factor that increased retention could be an increase of transfer students between the fall and spring semester. They had over 20 new transfers for the spring semester.

“It can fluctuate,” Ragan said. “Most transfers come at the beginning of the academic year, but there was an influx for the spring semester this year.”

The overall retention rate at Simpson increased in the past few years — not just with the spring semester.

Jim Hayes, associative dean and director of retention and student success, said the freshman class was around 322 students this year, and 79 to 83 percent of those students come back each year.

He found that students who stay for their first and second year tend to graduate as seniors. The first years are what they pay attention to the most.

Of the percentage of students who do leave, it’s either from wanting to pursue their degree elsewhere or for personal reasons. Not every student’s departure is entirely preventable. Simpson is not the right fit for everyone, Hayes said.

Low-income students, students with undeclared majors and underrepresented students with disabilities are usually high-risk with faculty and staff reaching out and letting them know what resources are available. With Simpson being a tuition-dependent institution, even losing five to 10 students could be an issue for revenue.

Previously, the Task Retention Force was involved with student success and retention, and Hayes didn’t know whether or not this will implement major changes to have one person in charge rather than a team. Some of his ideas will have long term implications in positive ways for students to finish their degrees, specifically with his five-year plan.

“I want to emphasize we do really well and we’re already hitting above our weight, if you want to use a box analogy of it, because of the place we are,” Hayes said. “We’re just trying to do a little bit better.”

From 2016 to 2019, Hayes also said there will be changes to the plan and learning how to improve enrollment even more. Simpson’s 81 percent is relatively high, especially in comparison to other institutions, such as community colleges that have as low as 5 percent retention.

“Our goal is really the end,” Ragan said. “You know, to see you complete your degrees and find ways for you to do that if there are obstacles in your way.”