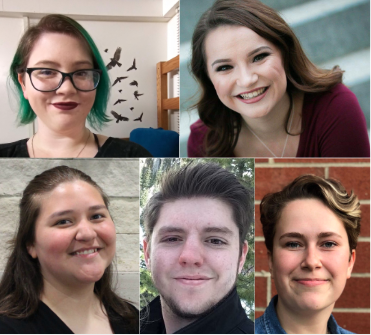 Over a week after the midterm election, students have had time to reflect on the results. This is what they had to say:

“In Iowa, I am a little upset with the results. Nationwide, I’m really happy with the amount of minority candidates that got elected into Congress. I think it’s a good thing around 100 women were elected and that there are more minority women than there has ever been. I think it shows how horrible American people are finding the current political status. People are going out and voting. That’s pretty important.”

“I am excited about the potential on a national level. We can put more checks on the power of the GOP, and I think that this is a great opportunity to force some compromise between the two parties. That however, may be far too idealistic. I really think that as a result of this election, absolutely nothing will be done because both sides and the GOP refuse to admit they aren’t 100 percent right. At the state level, I feel like we are very well ran. I am content with continuing with the path that former Gov. Branstad started. Overall, my feelings are cautiously optimistic about the future of the country and state.”

“I’m very excited about all the people of color and women who had successful runs, but with Iowa, I’m disappointed. I’m baffled that Steve King was re-elected. I don’t understand how Iowans can feel comfortable re-electing a white supremacist. I’m also disappointed with Kim Reynolds. People keep saying she’s breaking the glass ceiling for women, and I have a hard time believing that because she is not supportive of women’s rights. The fetal heartbeat bill is absolutely awful. I find it hard to believe that she’s breaking any form of glass ceiling when she is trying to take us back in time with the advancements we’ve made for women’s rights.”

“I was really excited when the final Iowa election results came in. Kim Reynolds had been trailing behind Fred Hubbell for the majority of the night, but she was able to close the gap in the end and secure the win. It was a really important victory for the GOP, and, in my opinion, for Iowa. Reynolds is now Iowa’s first elected female governor, and I’m confident that she’ll continue to build on the success that we’ve already had. I’m also glad that Republicans were able to retain the House seat in Iowa’s 4th District, even though the party did end up losing the majority in the House overall. Still, the GOP grew its majority in the Senate, and that’s not something to overlook. I’m generally pretty happy with the results of this year’s midterms.”

“I still hate Steve King very much, and I hate that he won. But I’m glad that there was actually real competition against him for once.”

“I’m also disappointed about Steve King. Disappointed is an understatement, but it was really encouraging to see a candidate do good against him for the first time in a long time.”