Opinion: No election is too big or too small—Go vote 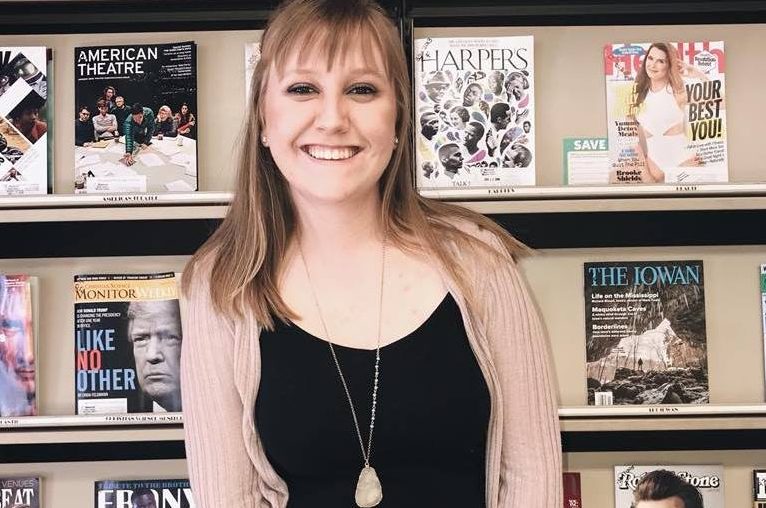 by Baillee Furst, Special to The Simpsonian

My younger sister became an adult this summer, her 18th birthday falling just three days before I moved back to college for my junior year.

Eighteen means a lot of new responsibilities and privileges. It means senior year of high school, it means my baby sister isn’t a kid anymore and it means my parents are just a year away from becoming empty nesters (or so they hope).

It also means my sister can register to vote.

This was my goal for those last few days of summer. I directed her to websites to gauge which party her beliefs aligned with. I guided her to sites explaining the platforms of the midterm candidates. I even promised to drive her to the courthouse and to go inside with her while she did it.

She, however, had no interest in going.

I told her how important it is to make your voice heard, that the entire point of having a democracy is to have citizens vote for representatives who can carry their beliefs in message to the national and regional stage. Taxation without representation is tyranny and all that.

As I watched everything I so passionately conveyed to her go in one ear and out the other, I simply couldn’t comprehend how a person couldn’t feel passionately about electing individuals who create laws that control how we live our lives.

It isn’t just my sister who doesn’t feel compelled to vote.

Every person who is able to vote should vote in all eligible elections. Unfortunately, many U.S. citizens don’t share this view.

According to Business Insider, in 2016’s presidential and senate election, 60 percent of the country’s eligible voters actually cast their ballots. This is a relatively high turnout compared to past elections. To put this in perspective, 2.4 million people left the presidential line blank.

If you’re wondering what happened to the 40 percent of people who didn’t vote in the last major election, the number drops even more for primaries and midterms. According to Pew Research Center, 28.5 percent of eligible voters participated in the midterm primaries. A similar turnout is predicted for elections this November.

But let’s get down to brass tacks. Why should you vote?

After all, Pew Research Center reports 325.7 million people live in the United States and 235.2 million people are eligible to vote. You’re just one of those people. A mere .0004 percent. What does your single voice matter among the sea of others?

Your vote and the popular vote aren’t actually what elect the president—the Electoral College is—so what’s the point?

Even if your one vote did matter, there are other people who will vote the same as you anyway. You still have to go to your normal 40 hour, five-day work week the next day. Taxes will always have to be paid, no matter who our president is.

Is the phrase, “no taxation without representation” familiar to you? This was the motto of the Thirteen Colonies, back when its citizens didn’t have the right to vote.

But we all know the backstory: The U.S. founders fought for our right to be a sovereign nation that leads itself—and they got it.

The right for you to vote is something hundreds, thousands, millions, died for. Think about how many lives wouldn’t have had to be given up if 300 years ago, the citizens of the colonies were fine with being ruled without say. Think about the Civil War. Think about the suffrage movements in the 1900s. A lot of work has been put into granting equal voting rights to everyone in this nation, and voting itself is an incredibly easy, painless task. If only the fight for equality was.

The founders also created the Electoral College. It was established for two reasons: to act as a buffer between population and the selection of the president and to give smaller states a voice in elections. The Electoral College was literally designed to make your voice heard more. It was created so little states like Iowa had a say in the shadow of bigger states, like California.

Even if this doesn’t convince you to vote, local elections coming up this midterm are just as important as presidential elections, and with smaller numbers, your voice has much more weight. As a citizen who pays taxes, you deserve to have a voice in who creates legislations involving health care, jobs, taxes and more.