Baseball and softball back in the swing of things 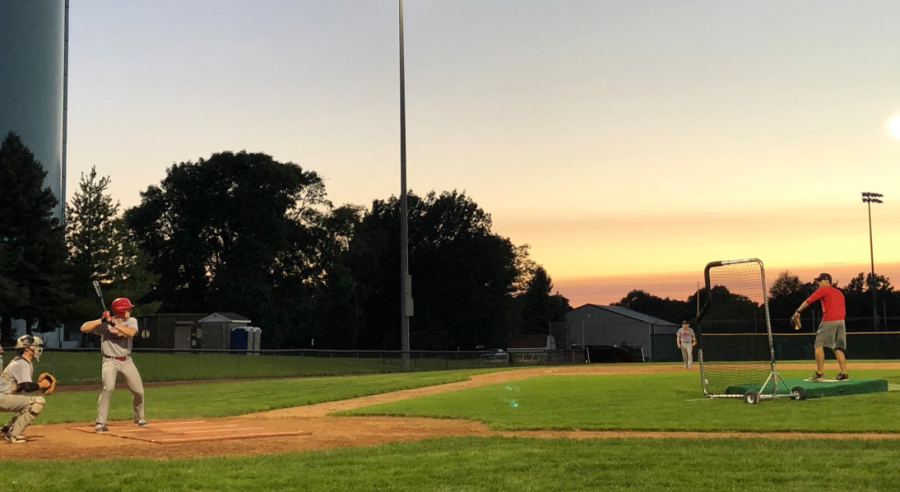 Fall sports are finally in action at Simpson College. While most know about sports such as volleyball, soccer and football, a couple teams fly under the radar. Those teams include the baseball and softball teams.

During the fall, the two teams each have 16 days of practice they can space out through the weeks of the season. Head softball coach Brent Matthias says it’s a great time for him and his staff to coach.

Matthias says he has incoming student-athletes from ten different states on his team. Fall ball is a great way for his players to get to know each other.

“I think right away you get to create a culture with the team and a bonding,” Matthias said. “They get to know each other when it’s not all just competition right out of the gate.”

In other parts of the offseason, the two teams have to tone down their practices in order to accommodate  being indoors.

“You can’t simulate all these live reps we get outside of fall baseball,” Schmitt said. “The big thing is, we get to scrimmage about eight of the 16 days in the fall. So we’re constantly getting those live reps and you can’t do that inside.”

Matthias and Schmitt both mentioned some of the things players can do outside that are different from inside. Pitching off the mound, or in the circle, is different compared to being in the gym. Players can’t take fly balls or read a ground ball the same way they could outdoors.

“You’re very limited on what you can do indoors,” Matthias said. “So having the fall practice to do several things game like is a huge benefit.”

Most fall sports don’t have opportunities for freshmen to introduce themselves or get to know upperclassmen. Fall ball is a great way for newcomers to learn the system comfortably while making new relationships. It provides coaches and teammates with the opportunity to see how the new players fit into their system, Schmitt said.

“It’s important to get out in the fall so we can see what the new incoming freshmen can do,” Schmitt said. “It’s nice to get those on field reps with the freshmen.”

Matthias thinks reps are necessary, but players getting to know each other is more important to him.

“It’s an opportunity to meet all the newcomers and start blending friendships right out of the gate,” Matthias added.

The Storm baseball team already had an intersquad scrimmage on Sept. 22. The softball team has one coming up Saturday, Sept. 29.