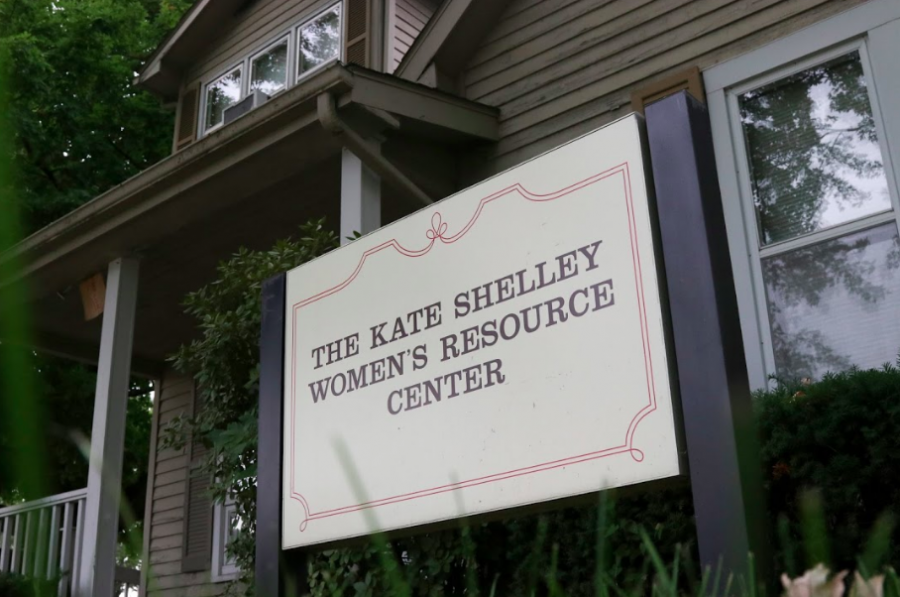 The residents of the Kate Shelley Women’s and Gender Resource Center want the students on campus to learn more about the services offered there.

Maria Kosovich, a senior music major, is living in the resource center for the first time this year. She believes the name change is significant.

Liz Nimmo, a senior majoring in applied philosophy, is in her third year living in the resource center.

“Even if it isn’t primarily for men, it’s for women and other marginalized genders,” Nimmo said about the name change.

The fourth resident of the center is Elle Teslik, a senior music major. Each of the four residents living in the resource center are Sexual Assault Response Advocates, and though it is not a requirement, the residents find this to be helpful.

“I think it’s more than a safe space. It’s a place where communities can be built, fostered and grown,” said Kosovich.

M Leonard, a sophomore public relations major, is living in the resource center for the first time this year.

“I think we have more access to resources that we can connect students with if they need them. We also have more education, specifically sexual assault, but in a lot of different areas like domestic violence, or just partner violence in general,” Leonard said.

The resource center hosts group meetings at the house, such as Simpson Feminists, and Pride. Nimmo said meeting in the resource center is more comfortable for a meeting than a classroom because it is a welcoming and open environment.

“Every one of us in the house is in some way or form part of the LGBT community as well, so we are a really good resource for that,” said Leonard.

The center has an open guest room where a student could temporarily stay if they were no longer comfortable in their room. This could be a sexual assault survivor, a victim of stalking or domestic violence, or a member of the LGBTQ community in which their roommate reacted negatively to them coming out, said Nimmo.

This room is private and connects to a bathroom. None of the residents living in the resource center has the code for entry, so the individual could have an entirely private and safe room.

“I don’t think enough people are told about that, especially because right now we’re in the red zone, which is what the first few weeks of school are called up until Thanksgiving break, which is when the most sexual assault happens on campus,” said Kosovich.

Kosovich wants to raise awareness of the resource center’s importance on campus to keep students informed.

Each of the residents in the resource center had to apply to live in the theme house and have certain requirements they must meet.

“Part of living in a theme house is that you’re expected to do volunteer hours. Each member does 15 hours each semester,” said Nimmo.

She said the members of the house are also expected to create one event each semester. In the past, the events were open houses focused on education for the Simpson community.

“We’ve hosted open houses before because a lot of people don’t know what the Women’s and Gender Resource Center is, and so we just need to get the word out,” Nimmo said.

Kosovich said she enjoys open houses because they bring in women and gender studies minors and others that might want to get involved.

She said she wants to plan a clothing drive event with Simpson Feminists for this academic year; last year’s event provided goods for a women’s shelter in Des Moines.

“Last year, something we did for the first time was providing Plan B for people who need it,” Nimmo said.

Janet Everhart, a religion professor, helped the resource center with this opportunity. Nimmo does not know if the program will continue during this year.

Kosovich hopes more students will use the resources if they know that they exist.

“We’re here if you need us,” said Kosovich.

The Kate Shelley Women’s and Gender Resource Center is located across from Kent Campus Center on D Street.