As STD rates go up, Simpson students are reminded that free STD testing services are still available to them once a month at Warren County Public Health. 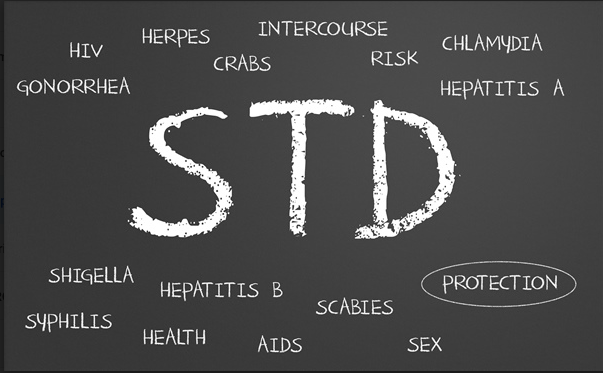 Courtesy of the Iowa Department of Public Health

INDIANOLA, IA—Sexually transmitted diseases are on the rise nationwide—including right here in Iowa.

The Iowa Department of Public Health reported that in 2016, STD rates in Iowa increased from the previous year: Cases of chlamydia rose by 8 percent, gonorrhea by 16 percent and syphilis by 3 percent. Between 2013 and 2016, the rate for gonorrhea alone in Iowa jumped by 75 percent.

The Center for Disease Control and Prevention (CDC) website states that the risk for acquiring an STD is greater for teenagers and young adults than for older adults: “Compared with older adults, sexually active adolescents aged 15–19 years and young adults aged 20–24 years are at higher risk of acquiring STDs for a combination of behavioral, biological, and cultural reasons.”

“And it’s only for Simpson College, it’s not open to the community at this time,” said junior Katrina Hartman, the STD testing student contact in Pre-Health Society.

A total of 34 Simpson students have received STD testing in 2018 as of Sept. 17, according to Heather Smith, prevention services manager at Primary Health Care. However, those numbers do not include the number of students who received testing on that date.

She said testing was also offered over the summer, excluding the month of June.

Smith said the amount of time it takes to get tested varies depending on which tests students receive. For example, she said the test for HIV takes about 60 seconds, but receiving the rest of the tests for gonorrhea, chlamydia and syphilis would take about 20 minutes.

She said it also depends on the type of sex students have, since that determines from which parts of the body the test administrators need to get swabs to examine.

“If they go through their parents’ insurance, they have a copay on a sliding scale,” Smith said.

There is a standard $10 payment for the testing service at Primary Health Care’s Polk County clinic, Smith said.

Other Polk County health officials have been concerned about the rise in STD rates.

According to reporting by WHO-TV, there were already over 1,000 cases of STDs reported in Polk during the first three months of 2018, including 15 cases of HIV.

Aigner also said in the article, gonorrhea has become a particular concern because it is becoming resistant to the antibiotic prescribed to treat it.

“Now there is only one to cure it and it’s showing resistance. So, if we cannot find a new antibiotic to cure gonorrhea, this one may be one that’s no longer curable and that poses a lot of health effects,” Aigner said.

“Nearly 2.3 million cases of chlamydia, gonorrhea, and syphilis were diagnosed in the United States in 2017 (…),” according to a 2018 press release from the CDC.

The press release goes on to state that, while chlamydia was the STD most commonly reported to the CDC in 2017 with 1.7 million cases, gonorrhea and syphilis diagnoses have seen steep spikes. From 2013 to 2017, diagnoses of gonorrhea increased 67 percent, while those of syphilis went up 76 percent.